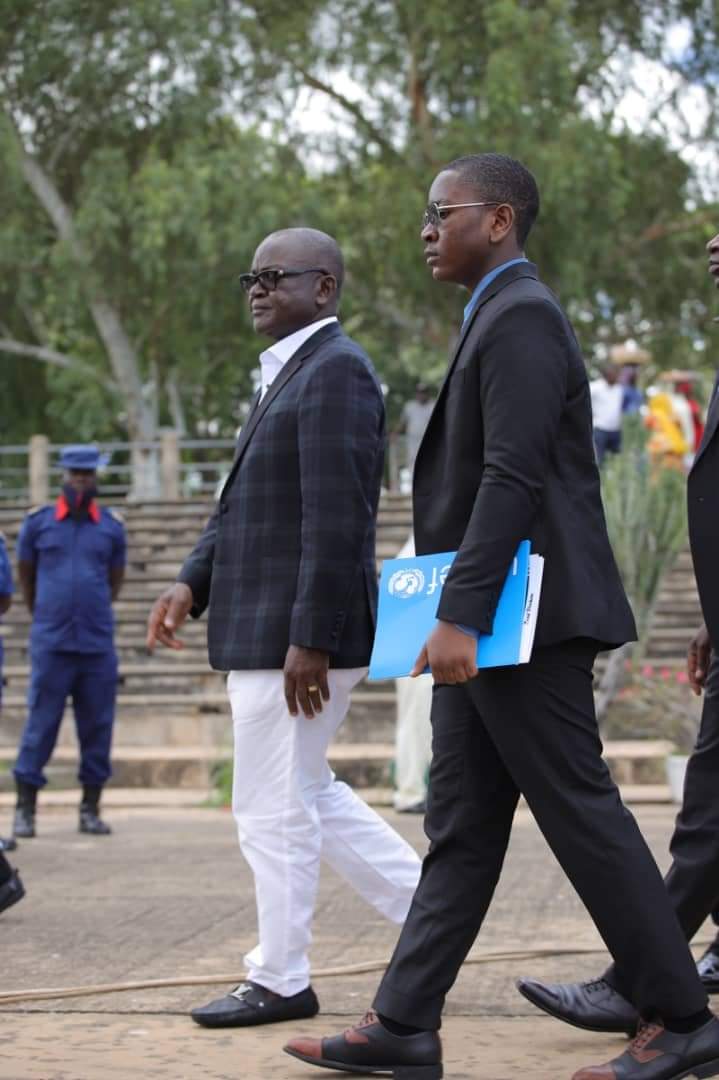 Benue State Governor, Samuel Ortom has urged the Federal Government to convene a Sovereign National Conference to chart the way forward for Nigeria.

Governor Ortom spoke today at the IBB Square Makurdi, during the Interdenominational Independence Thanksgiving Service organized by the State Chapter of Christian Association of Nigeria, CAN, in collaboration with the Benue State Government.

He stated that the teething challenges facing the country culminating in high level corruption, insecurity, impunity and marginalization necessitated his call, stressing that the sovereign national conference would provide the platform for frank discussions to strengthen the unity, peace and security of the country.

The Governor also called for implementation of recommendations of the 2014 National Confab convened by former President Goodluck Jonathan, pointing out that the conference proffered solutions to the multifaceted problems confronting Nigeria.

He said at 60, Nigeria is in need of leaders who can steer the ship of development for the country and restore confidence in the minds of the people.

Governor Ortom appreciated the State Chapter of the Christian Association of Nigeria, CAN, for always supporting his administration through prayers, saying the state had crossed many hurdles due to divine mercies.

The Governor also kicked against the intended regulation of the Church by the Federal Government through the Company and Allied Matters Act, CAMA 2020, saying the legislation would amount to dabbling into affairs of the Church when government could not manage its agencies well.

CAN Chairman Benue State, Reverend Akpen Leva decried the suffering of Nigerians at 60 and noted that there are signs of unbearable hunger as 2021 approaches due to insecurity, even as he described the CAMA law of the Federal Government as an unpopular policy.

Son of the Governor, Master Israel Ortom had earlier presented a poem centred on Nigeria’s independence, a presentation which tasked Nigerians on the need for greater unity and patriotism.

Youths In Their Hundreds Join The #EndSARS Movement In Awka

BE A MORAL COMPASS TO OTHERS, GOV. ABIODUN TASKS CHRISTIANS

FPG TECHNOLOGIES CEO EXTOLLED FOR HIS STRIDES IN THE ICT SPACE