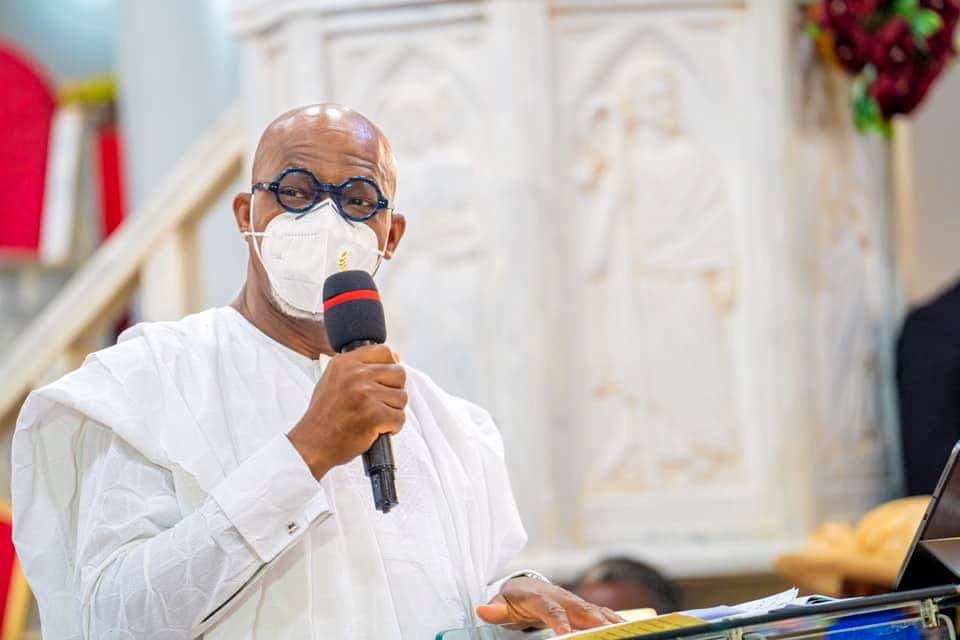 Ogun State Governor, Prince Dapo Abiodun, has called on Christians to serve as moral compasses by being obedient and living lives worthy of emulation by others.

Governor Abiodun made the call at the 13th Synod of the Remo Diocese, Church of Nigeria, Anglican Communion, held at Catheral of St. Paul, Sagamu, Friday.

The Governor stressed the need for Christians to lead by example by obeying their leaders and government especially at this critical period of Covid-19 pandemic, saying by so doing, they would portray themselves as Ambassadors of Christ in all ramifications.

He stressed the need for the people to adhere to the laid down Covid-19 Protocols, noting that though less numbers were recorded on daily basis, there was the need for Nigeians not to loose guard.

“I want to use this occasion to call on Christians to be moral compass as Ambassadors of Christ, especially at this critical period of Covid-19 pandemic by obeying all the Protocols put in place by government.

“As at today, Nigeria has less than 60,000 cases despite the deplorable condition of our health sector compared to those of well-developed countries who are recording large number of death ,even with their state-of-the-art health facilities. This is contrary to expectations that dead bodies would litter on our roads”, the Governor noted.

He attributed the current downturn of the economy to the debilitating effects of the Pandemic.

He commended the peaceful co-existence among adherents of different religions in the State, saying it has led to sustainable development being witnessed in the State.

While describing the Synod as a viable opportunity to deliberate on issues affecting the Church, he said, it was imperative for the Bishops, Laity and the members to work together as a team, for the good of the body of Christ.

In his charge at the event, the Diocesan Bishop of Remo and Archbishop of Lagos Ecclesiastical Province, the Most Revd. Olusina Fape, commended the State goverment on its efforts at rehabilitating roads and schools and retaining workers employed at the last minutes of the past administration.

He applauded government efforts in containing the spread of Covid-19 pandemic in the State, as well as the Palliatives measures given to the citizens.

He called for more provision of jobs for the youths, as he said government’s presence was already being felt in housing, agriculture, health and security.

The future of tech is in Africa, payments are the stumbling block