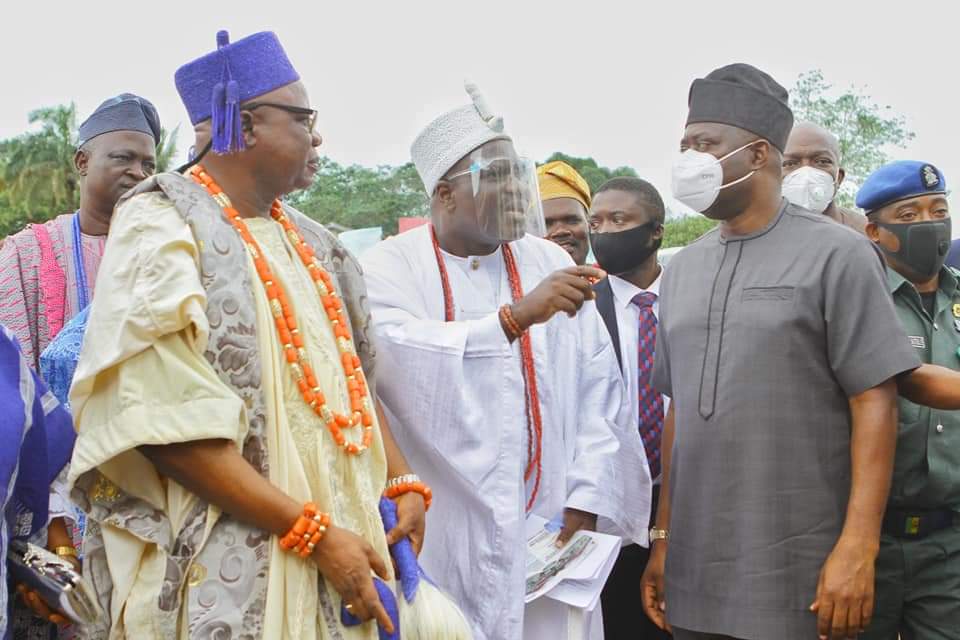 The Pacesetter Fruit Processing Factory was commissioned in 2007 under the administration of former Gov. Rashidi Adewolu Ladoja, and has not been operated since then.

The Governor in his remark during the official and symbolic handing over of the factory to AGVEST Limited made it known that there are big opportunities in Oyo State, as the state is blessed with human and natural resources.

He noted that the moribund Pacesetter Fruits Processing Factory is expected to be completed by AGVEST Limited in six months at the cost of N350 Million.

He maintained that the company is expected to add value to the economy of the state through the production of fruit juice, as it will be producing up to 2,500 bottles of juice per hour.

The Governor who was accompanied by his Deputy, Engr. Rauf Olaniyan and other top government functionaries reiterated that the current administration understands that the only business government has in business is creating a conducive environment and the needed support for private enterprises to thrive.

The official handing over was witnessed by the Oloko of Okoland, Oba Solomon Olagoke, other traditional rulers in Surulere LGA and Caretaker Chairmen from Oko and Ogbomosho axis of the state.