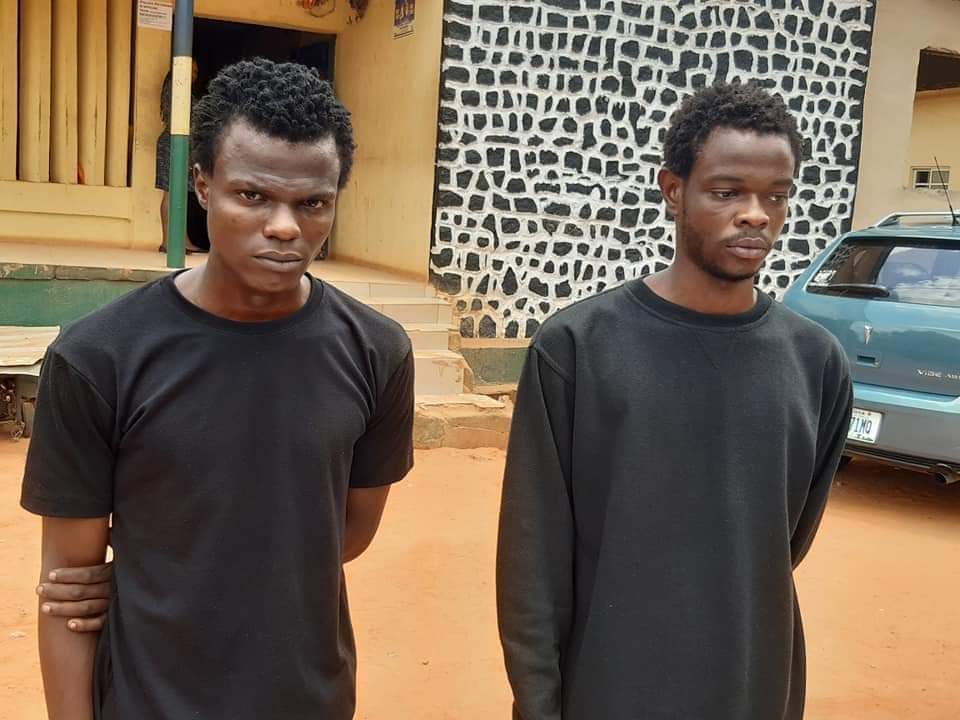 The Suspects who are brothers from same parents as well as undergraduates at Paul University and UNN allegedly entered a jewellery shop forcefully at Tempsite Awka,tied the sales girl and covered her mouth with cello tape.They also threatened to stab the sales girl on her neck if she scream and thereafter carted away 33 wrist watches,14 necklaces valued over three hundred thousand naira (N300,000) and cash sum of thirty seven thousand Naira(N37,000)

Consequently, as the suspect were escaping, the sales girl loosened the tape and raised alarm which led to the arrest of the suspects after a hot chase.

Meanwhile,exhibits recovered in their possessions includes 33 wrist watches,14 necklaces, cash sum of N37,000 Naira and a wrap of dried leave suspected to be Cannabis Sativa following a search at their residence. .

Suspects voluntarily confessed to the crime and investigation is ongoing after which they would be brought to book.The Command urges the public who were victims of similar robbery incidents to report at B’ Division Awka in order to enable the Police conduct discreet investigation into the matter please.