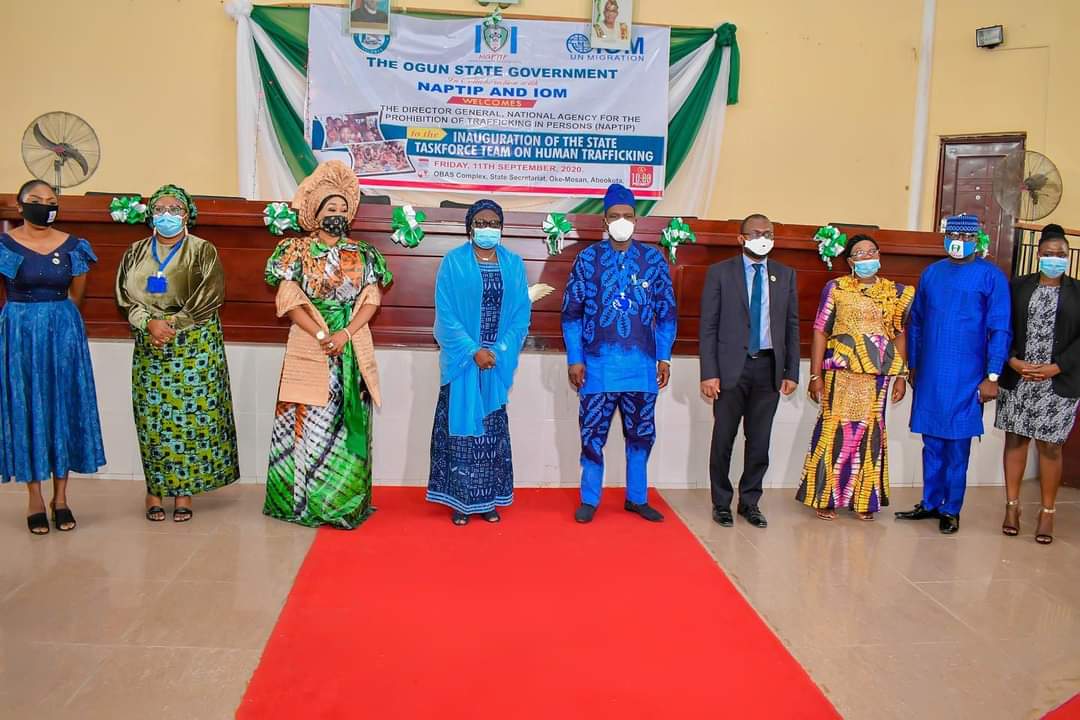 Dapo Abiodun, Ogun State Governor joins the call for the end of human trafficking. In an era that forced labor is prevalent which has seen many Nigerians in other continents maltreated. The need to put an end to this ignoble act becomes more imperative.

Ogun state government used the social media platform to reach out to people and made its position known. According to Dapo,he said “Bringing a definite stop to the global vices of child abuse and human trafficking is an essential role of government, to ensure security of lives for collective development.”

He added that “I was ably represented by my Deputy, @noimot.oyedele at today’s inauguration of the Ogun State Taskforce Team on Human Trafficking, which is part of our Government’s efforts to corroborate those of the National Agency for the Prohibition of Trafficking in Persons, NAPTIP at the national level.”

On the strides the state has made in this fight, the governor reiterated “This follows what we had earlier done at the state level, including: domestication of our Violence against Persons Prohibition, VAPP Act; empowerment of relevant agencies; and synergy with Civil Society Groups and other stakeholders on continuous sensitisation, advocacy and intervention programmes.”

On the new taskforce, he quipped”The just inaugurated Taskforce Team is charged to come up with and monitor effective initiatives and strategies towards curbing this notorious crime as well as reintegrating trafficked persons into the society for individual development.”

“I call on all well-meaning Ogun State people to cooperate with and support the Taskforce team, as chaired by Barr. Gbolahan Adeniran with Mr Daniel Atokolo as Co-Chair” he concluded.

Human trafficking is the trade of humans for the purpose of forced labour, sexual slavery, or commercial sexual exploitation for the trafficker or others. This may encompass providing a spouse in the context of forced marriage, or the extraction of organs or tissues, including for surrogacy.

REPORTED SPIKE IN COVID-19 CASES IN ANAMBRA: A CLARIFICATION

How to Prevent and Treat Knee and Ankle Pain