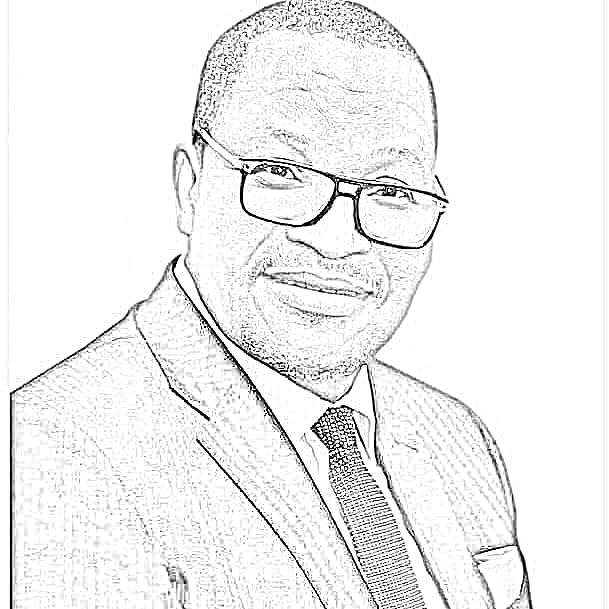 The Executive Vice Chairman and Chief Executive Officer of the Nigerian Communications Commission (NCC), Prof. Umar Garba Danbatta at the weekend hosted an interactive session with senior media chiefs from the mainstream and online media community where he gave impressive accounts of his stewardship as the Chief Telecoms Regulator in the last five years.

The event, held at the NCC’s Communications and Digital Economy Complex, Mbora, Abuja, was attended by the top-notch of the fourth estate of the realm both physically and virtually, as well as the senior management of the Commission, including the Executive Commissioner Stakeholder Management, Adeleke Adewolu.

Addressing the forum, Danbatta, who was recently reappointed for another five years in office following the expiration of his first term in August 2015, eloquently enunciated his major policy initiatives that have produced record broadband penetration and enhanced the growth in the telecoms sector, especially in the contribution to the nation’s Gross Domestic Product (GDP).

He also reeled out NCC’s regulatory priority areas for the next five years to include facilitating the attainment of 70 per cent broadband penetration by 2025; consumer protection and empowerment; and consolidation of spectrum trading to ensure maximum and efficient usage of available frequencies.

Other areas of focus, according to him, will include continuous SIM registration audit to provide security and curtail incidences of banditry, kidnapping, and armed robbery; creation of Emergency Communications Centres (ECCs) in more states of the federation; and execution of the counterpart funding agreements with the licensed Infrastructure companies (InfraCos) to facilitate the digital transformation of the economy.

Speaking on his achievements in the last five years, Danbatta said that the diligent implementation of NCC’s Strategic Vision Plan (SVP), which focused on the 8-Point Agenda, has helped to lift broadband penetration from 6 per cent in 2015 to 42.02 per cent by July, 2020. The sector’s contribution to GDP increased from 8.50 per cent in 2015 to 14.30 per cent in the second quarter of 2020. In financial terms, Danbatta said the Q2 2020 contribution translates to N2.272 trillion.

“In line with the Federal Government’s target, an additional 120,000 kilometers of fibre are being planned over the next four years. In this regard, the NCC is working on last-mile connectivity to different parts of the country through leveraging the 40 terabyte capacity of five submarine cables on the coastal shores of Nigeria,” he said.

Danbatta pointed out that the licensing of six Infrastructure Companies (InfraCos) to deploy fibre infrastructure across the six-geo political zones will also help to galvanise increased connectivity. “This will also bring about a reduction in cost of data from N1000, per gigabyte of data to around N390 with broadband penetration target of 70 per cent to cover 90 per cent of the population within the next five years as contained in the new Nigerian National Broadband Plan (2020-2025),” the EVC said.

Danbatta, however, noted that “we cannot have pervasive broadband with only 37,000 4G-enabled Base Transceiver Stations (BTS) of the total 50,000 BTS currently in the country. We need more next-generation technologies as we work through addressing infrastructure deficit occasioned by the spike in data usage in the country.”

In this regard, the EVC said the 5G trial conducted by the NCC in 2019 and its eventual safe deployment in the country will increase data speed and boost efficiency in service experience for the consumers.

On capital importation, the EVC said in 2015, Foreign Direct Investment (FDI) in the telecom sector stood at $1 billion but declined to $212 million by 2018. He, however, noted that through regulatory efforts, the FDI in the sector has picked up again reaching $930 million according to recent figures from the Central Bank of Nigeria (CBN).

Danbatta also talked about the various consumer-centric initiatives his leadership has put in place to strengthen consumer protection and empowerment in the last five years. These include the declaration of 2017 as the Year of the Consumer, the introduction of the Do-Not-Disturb (DND) 2442 Short Code, the introduction of the NCC toll-free Number 622; the stringent provisions of Subscriber Identification Module (SIM) Registration Guidelines, issuance of direction on forceful subscription and data roll-over, among others.

Such initiatives, According to Danbatta, also include the constitution of a multi-sectoral committee on e-fraud, revision of the consumer complaints, and service level agreements (CC/SLA) for prompt resolution of consumer complaints by the Mobile Network Operators (MNOs).

He reiterated NCC’s commitment towards delivering on its mandate of ensuring the quality of service to the consumers, driving investment, and boosting healthy competition in the industry as enshrined in the Nigerian Communications Act (NCA), 2003.

Danbatta lauded the role of the media in the reportage of the telecom sector over the years and urged the practitioners to continue to be objective and constructive in their coverage of the activities of the Commission and that of its licensees.

BBN LOCKDOWN: ERICA, IS IT STUPIDITY, SENTIMENTALITY OR EMOTIONALITY?

WE CAN'T STOP YOUR PLANNED PROTEST IN RIVERS STATE

MVNO Licence Framework Yet to Be Concluded in Nigeria