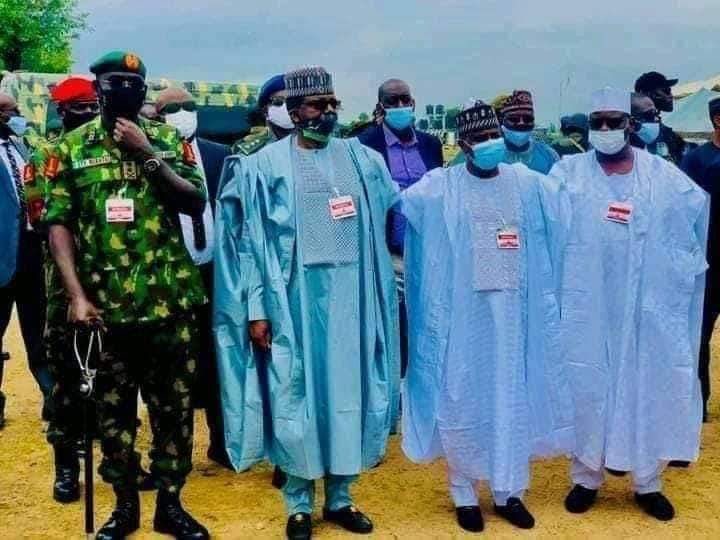 Governor Aminu Waziri Tambuwal of Sokoto has advocated that a special provision should be made constitutionally to increase funding for the Nigerian Army and other security agencies in the country.

Gov. Tambuwal, who along with his Zamfara state counterpart, Bello Muhammad Mutawalle, was a special guest at the Nigerian Army Special Army Super Camp 4 at Faskari, Katsina state, also urges that the military be availed with sophisticated weapons.

“There is need for proper and structured funding of the army and other security agencies in the country to enable them procure superior weapons to that of their adversaries,. You need funding. Funding is key to combating insecurity in any country.

“There should be a special security funding not only that derived from routine appropriations,” the governor noted emphasizing that: “any constitutional means of getting funding for the army and other security agencies” should be explored.

Commending President Muhammadu Buhari for directing the effort to establish the Army Super Camp, Gov. Tambuwal, further noted that if more equipment could be marshalled for the Army, more resounding successes will be achieved.

He also gave kudos to the Chief of Army Staff (COAS), Lt. Gen. Tukur Yusuf Buratai for doing a great deal in ensuring that the operations of the Camp is seamless and “Sokoto has recorded more peace, which is an opposite of the weeks preceding the operation of Ex Sahel Safety.

He explained that now farmers and villagers who left their farms when banditry was raging are now back. The South-Eastern part of the state, the governor submitted, “is witnessing a return to normalcy.”

On the efforts made by the Northern Governors to complement those of the security agencies, the governor said agreed to pursue carrot and stick approach. “We in Sokoto state are still continuing with the non-kinetic measure. No matter how long it takes in a battle, you must come back to the round table. So, why wait until issues escalate?

“The kinetic and non-kinetic process are simultaneously going on in Sokoto,” he explained, adding that the state government has completed the reform of the obsolete laws, while the other Northern Governors are trying theirs to punish kidnappers and other perpetrators of crimes associated with banditry.

Special Adviser Media and Publicity to the Governor

Sino – Nigerian Relationship: Nigeria will continue to honour all its obligations – Buhari