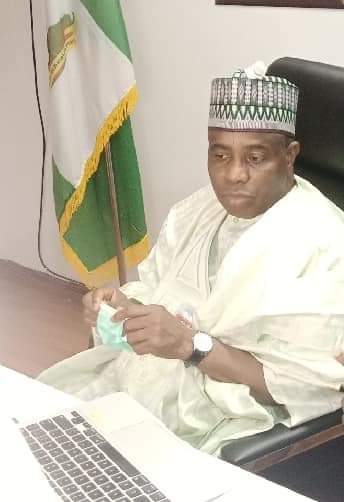 Sokoto state government in partnership with the United Kingdom is set to upgrade the standard of the Information and Communications Technology (ICT) sector in the state to world class level.

Gov. Tambuwal stated this Thursday afternoon when he participated in the UK Fund Prosperity Fund-Nigeria Project Technical e-Conference on Right of Way (RoW) in Abuja.

The partnership, brokered by the Director-General of ICT in Sokoto state, Dr Nasiru Daniya, was endorsed and supported by the British High Commissioner to Nigeria, Her Excellency Catriona Laing.

According to Gov. Tambuwal, the state government is, by this development, poised “to reposition the ICT sector by facilitating the passage of the Sokoto State Information and Communication Techlology Development Agency (SICTDA) Bill, which is intended to speed up ICT integration and development across the 23 local government areas in the state.”

He added that his administration is committed to supporting the reduction in the cost of RoW to allow Broadband Penetration in the country.

The governor also pledged “to engage the British High Commission and other developmemt partners to ensure that the state successfully achieved its digital agenda tagged: #SokotoDigitalAgenda.

He further pledged, along with other state governors, to take the issue of Broadband Penetration more serious, saying: “it is a prerequisite towards the development of the Global Digital Agenda, which could close the gap of the digital divide amongst nations.”

Special Adviser Media and Publicity to the Governor

DANBATTA, OTHERS HONORED AT ZIK PRIZE

NCC Advises on Automatic Updates of Antiviruses to Avoid Vulnerabilities