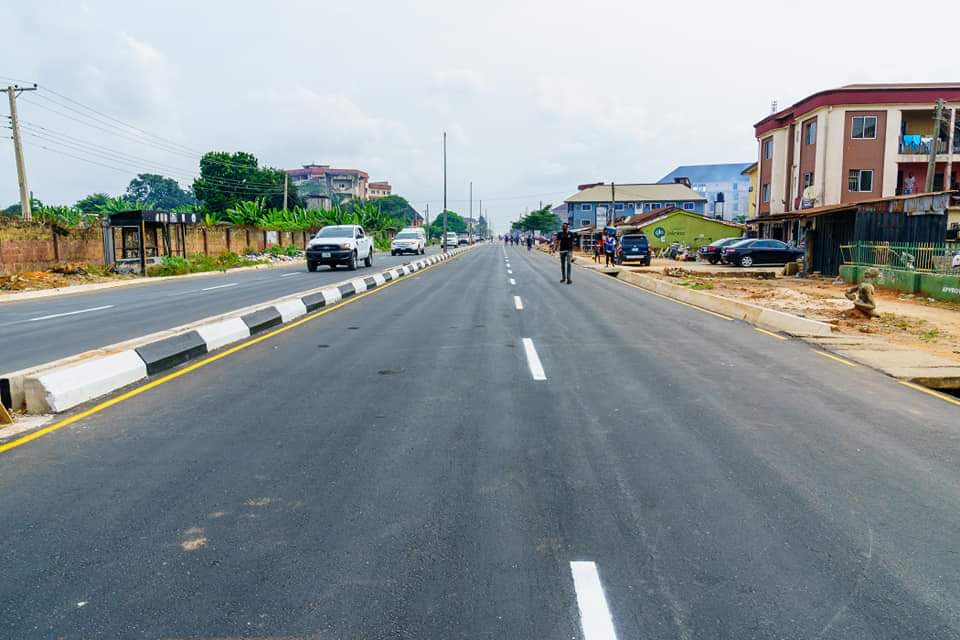 The divine and historic judgement that restore the stolen mandate of His Excellency, the Distinguished Senator Hope Uzodimma as the truly and democratically elected Governor of IMO State took place on the 14th day of January, 2020.

Upon assumption of office, it was bare to the Governor that Imolites yearn for good and quality leadership due to the several years of neglect by the previous administrations in every sector of the economy.

The Governor swung into action immediately, despite distractions and attacks from the opposition and a few disgruntled individuals who constituted themselves into a parasitic cabal bedeviling the civil service and governance within the states.

The Governor identified areas of urgent and immediate needs to quickly arrest the issues of infrastructural decay (including erosion control) especially with the rains approaching.

Seven months down the line, the Executive Governor, His Excellency, the Distinguished Senator Hope Uzodimma commissioned completed road projects yesterday being 14th August 2020, as itemized below:

The Governor while commissioning these roads stated that his administration is committted towards giving Imo people good and quality road across the State adding that the government is determined to reposition and redefine the state of Imo roads for ease of doing businesses and other economic benefits accruing therein.

With these recorded achievements just within seven months of the Shared Prosperity administration of His Excellency, the Distinguished Senator Hope Uzodimma, IMO state is set to witness massive infrastructural reconstruction, rehabilitation of existing systems and recovery of lost glory.

Global News: Has the word Muslim become a topic of no debate?

WOMEN OF DESTINY DAZZLE AT THEIR ANNUAL CONVENTION (PICTURES)