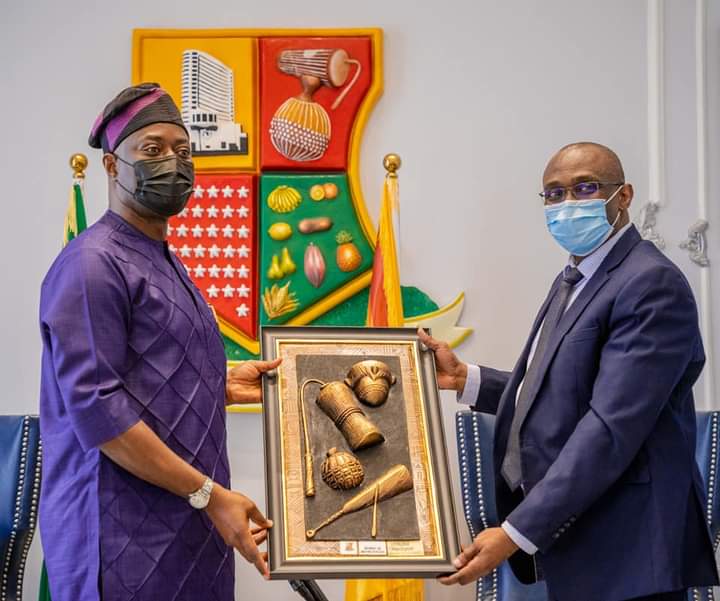 *’Oyo one of six states for agro-processing zones project’

Oyo State Governor, ‘Seyi Makinde, on Monday, said that the state would soon fix at least 200 kilometres of rural roads through the Rural Access and Agricultural Marketing Project (RAAMP).

The governor said that his administration was committed to improving agricultural outputs of the state so that it could take its pride of place and take many unemployed youths out of the streets.

He stated these while receiving the delegates of the African Development Bank (AfDB), International Institute for Tropical Agriculture (IITA) and the International Fund for Agricultural Development (IFAD), who paid him a courtesy visit in his office.

A statement by the Chief Press Secretary to the governor, Mr. Taiwo Adisa, indicated that the governor informed the team, which will equally embark on a trip to the state’s agro-processing project, that through RAAMP, the administration would fix no fewer than 200 kilometres rural roads in 2021.

He said: “We are excited about this programme, because the four pillars, which this administration is standing upon are education, health, expansion of our economy and security. And in expanding our economy, we are looking towards where we have a comparative advantage and that is agriculture.

“We are keen to take our space in terms of agricultural outputs. So, this could not have come at a better time for us and, as an administration, because we want to take many of our unemployed youths off the streets, we know agriculture and agribusiness is the way to go.”

Governor Makinde commended the Rural Access and Agricultural Marketing Project (RAAMP) for the commitment to fixing over 200 kilometres of rural roads in the state.

He added that the special Agro-Processing Zones (SAPZ) Project will also have the support of the government of the state at the topmost level.

“Let me use this opportunity to also thank a partner, IFAD. They are involved in the Rural Access and Agricultural Marketing Project. Though we are about to kick off on that one, but this year we are fixing over 200 kilometres of rural roads.

“When Dr. Debo Akande told me of this visit, I had to cancel all other schedules to meet with you to show the importance we attach to the SAPZ programme. “So, you can expect support and attention from the topmost level of the government of Oyo State,” the governor added.

Earlier, the team lead of the African Development Bank, Dr. Chucks Ezedinma, said the Bank is currently in the country to undertake what it calls the Special Agro- Industrial Processing Zones (SAPZs).

He said the programme is designed for six states and that Oyo State is one of the beneficiary states.

He said: “I bring you greetings from our president, Dr. Akinwunmi Adesina. The bank is currently in the country to undertake what we call the appraisal of the Special Agro-Industrial Processing Zones, which is the lead African strategic programme of the bank.

“Currently, the project is designed as a programme that will be done in six states and Oyo State happened to be one of the six states that we are going to be starting with.

“We are looking at designing the programme in a way that will be transformational, youth-oriented, gender-oriented, environment-sustainable and ensuring that we also put into cognisance the issue of climate change.”