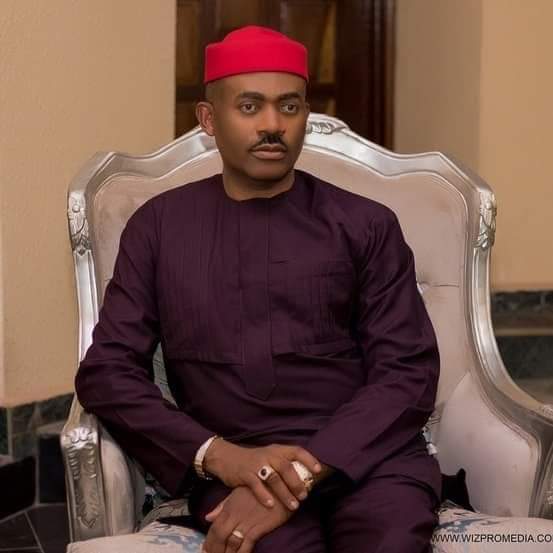 His name is Dr Godwin Maduka, a United States based medical practitioner. On one of his visits to his village, he took a look around and wasn’t happy with what he saw and now took it upon himself to singlehandedly transform his community(Umuchukwu in Orumba South Local Government, Anambra state).

These are some of his accomplished and ongoing projects.
1, he built two churches, one for the Catholic and Anglican.
2, he built Trinity hospital and maternity which is a 17 story skyscraper.
3, he built over 100 standard bungalows for the poor and the widow.
4, he built immaculate conception international college, 1 and 2, with buses donated to them.
5, he built a police station for maintenance of peace and security.
6, he built a magistrate court.
7, he built a standard market called affor, for the community.
8, built barracks for the civil defense staffs.
9, built two monasteries for churches.
10, built a Civic center for the community.
11, built a post office.
12, built a state highcourt.
13, he provided transformers to boost electricity in the village.
14, built mighty edifices for primary and secondary schools.
15, built a befitting palace for the monarch of his village.
16, built houses for the clerics of the Catholic and Anglican Churches.
17, he built a five star hotel known as ” Lion of Africa resort”.
This is apart from sponsoring of students and helping many to secure good jobs.

And I dare ask, who do you think his community will think about after Jesus Christ if the person does all these for them?

WHAT HAPPENED TO OUR WORLDVIEW OF ” AKU RUE ULO”? Abi dem do us?
You buy up exotic buildings all over Nigeria and beyond while your village is like an evil forest, yet when you die, your carcass will be brought to be buried there. Can you imagine what the dignitaries that accompanied your corpse to your forest you call village will be saying after the burial? Not too hard to imagine!
They say Diamonds last forever but it’s apparent that Dr Godwin Maduka will last more than any diamond in the minds of the people in his community and ndi Igbo in general.
Kudos to this worthy son and it’s not as if he is even the richest Igbo man. No way! We have plenty of them but their brains are not with them.

AKU UNU RUE ULO so that our people are directly empowered. Let’s not forget like this honourable doctor, na obu aka mere ohia ya awoo uzo.

Need I add here that he has singlehandedly achieved what some state governments in the south east could not, ever since this democracy came to be in 1999.