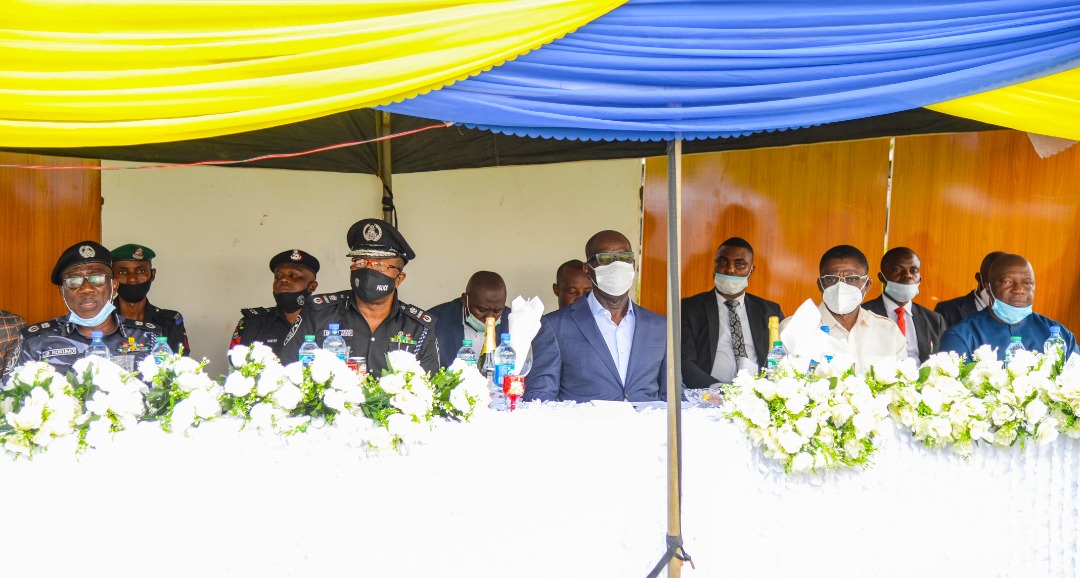 After the protest of ENDSARS which saw many police stations and prisons destroyed in Edo State and other parts of the nation. Obaseki, the governor of Edo state has started the process of building bridges and mending fences by meeting the security agencies in the state. He lately met with the top brass of police in the capital city of Benin.

In his facebook page he said”Earlier today, I met with top police officers in the state and assured them that my administration will continue to support the security operatives in the discharge of their duties of protecting the lives and properties of citizens.”

“I urged the State Police Command not to be demoralised by recent incidents that stemmed from the hijack of the #EndSARS protests in the state, but draw lessons from them and rebuild trust with members of the public”, he added.

Reminding the officers that the legitimate #EndSARS protesters, which I asked them to protect were not the ones responsible for attacks on police stations and correctional facilities, I charged them not to be intimidated.

I promised to support the State Police Command to ensure that criminals, under whatever guise, do not take over our state.

Speaking, the State Police Commissioner, Johnson Kokumo, recounted the losses suffered by the force during the #EndSARS protests, adding that several suspects have been arrested and items recovered.

Concluding, I thanked the senior officers for their dedication to police duties, emphasizing the need for them to rebuild trust with the youths and to always act within their code of conduct.

The Senate Minority Leader, Enyinnaya Abaribe on Saturday expresses worry over insecurity challenges in South East describing it as a tragedy.