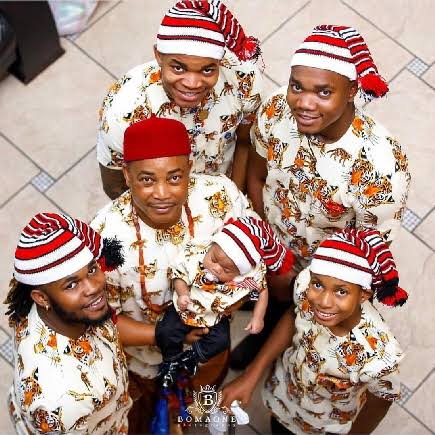 Popular Nigerian activist, Aisha Yesufu hasstirred up a debate on Twitter after sharing her opinion that the Igbo apprenticeship system have contributed to why many people from other tribes resent Igbos.

It is given that the age long Igbo apprenticeship system has produced a lot of multimillionaires of Igbo extraction to the wonder of many from other tribes.

The Igbo apprenticeship system allows a businessman take a young person to learn about his business and eventually get settled (given start-up capital) after an agreed period of time, which usually lasts between
5 to 7 years. During the service period, the younger person (servant) serves the businessman (master) while learning the business.

The Igbos have used the system to build themselves and relatives into renowned business men and women even whereapprentices have little, or no formal education.

A Twitter user had said:
“The Igbo’s apprenticeship program is the only ‘MBA’ class in the world that
teaches the real intricacies of running a business, the practical application of SWOT and PESTEL analysis. And when you graduate, they’ll give you seed capital to start the business. A system that works.”

In replying the tweet, Aisha Yesufu pointed out that “The Igbo apprenticeship is an amazing system and the reason Igbos are great in business.”

However, she went on to say that “Everything has it’s advantage and
disadvantage and that same system has also portrayed Igbos as clannish people who only employ their own people and never assimilate”

Her tweets opened up a debate as she went on to state that the apprenticeship system have contributed to Igbos been resented the same way Jews are resented.

She went on;
“These are my opinions and thoughts over the years and I might be completely wrong but this is how I see it. “There is a need to take a deliberate look at the Igbo apprenticeship system & begin to look at ways of inclusion. It can start with 5% inclusion of others When you always go to your village to bring those that will work for you how do you expect the people where you are to feel?

“Just like the Jews, Igbos are resented & I have always wondered why? Is it
because they are successful and can achieve anything from nothing? Is it the resilience? I concluded it is because it seems no matter how long they stay with you or you with them you are never one in biz.

“A situation where as a business person you only employ your people via the apprenticeship model & no matter how long you stay in a place you never employ the indigenes there except to load and off load. there will be resentment. More if it is not one off experience but the norm

“The Jews too have that trait. Family businesses. Helping each other grow in
business and capacity to gang up (if na one naira na one naira) on business
issues are common traits shared by both Igbos and Jews. The others feel like outsiders not allowed to share in the goodness.

“Systems are to be looked at and upgraded from time to time. It is also
important to look at how things are perceived by others. You don’t have to
change but just know this is how this action is seen by others

“In all the riots I witnessed as a child, I always say it is more economical than religion. Host community usually think it is the others that kept them
impoverished. They feel those monies would have been theirs if these people weren’t there. People don’t blame their lazy selves.”

The Igbo apprentice system, also known as Igbo trade apprentice system and commonly referred to as ′Igba-Odibo/Igba-Boi/Imu-Ahia/Imu-Oru′ is a framework of formal and informal indentured agreements between parties that ultimately facilitate burgeoning entrepreneurial communities within the Igbos-wikipedia

“In all the riots I witnessed as a child, I always say it is more economical than religion. Host community usually think it is the others that kept them impoverished. They feel those monies would have been theirs if these people weren’t there. People don’t blame their lazy selves.”

LESG UNVEILS NEW LOGO FOR EHINGBETI AHEAD OF NOVEMBER CONFERENCE

A Refutation Benin Origin Hypothesis of most Anioma People

SOCIAL MEDIA: BEFORE YOU POST THAT YOUR PICTURE, PAUSE AND ASK; IS IT WORTH IT?

Bawa hands over in Lagos