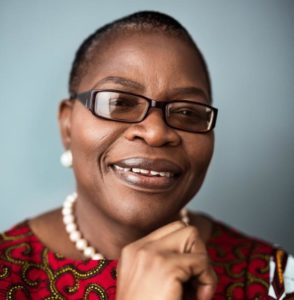 This was contained in a letter addressed to Ezekwesili, which was signed by the President of Women Political Leaders Global Forum, Silvana Koch-Mehrin and Chair of the Reykjavík Global Forum, Hanna Birna  Kristjansdottir.

“It is in this spirit of optimism that WPL would like to invite you to be part of this symbolic convening in the distinguished role of co-chair of the Reykjavík Global Forum – Women Leaders 2020,” the letter read in part.

It stated, “A fervent advocate against extremism, corruption and gender-based violence and a committed champion for issues of gender parity and the preservation of the rights of women and girls, your dedication to these important causes is exemplified in all your endeavours.

“As an economic expert, with a distinguished career within the private sector and the public sector in Nigeria and internationally, you have always used your position of influence to advocate for society’s most vulnerable. You are a prime example of how powerful and committed leadership can and should create change not only for oneself but for the world, a premise that the Reykjavík Global Forum is built on. At the Reykjavík Global Forum, leaders like yourself are called upon to ‘Power Together’ and impart valuable knowledge and solutions to benefit our global society.”

According to the organisers, 2020 has been an important year for women’s leadership with several historic milestones to commemorate, in spite of hindrances to many important opportunities to advance progress for women leadership across the globe.

However, the Reykjavík Global Forum – Women Leaders, launched in November 2018 and annually co-hosted in partnership with the Government and Parliament of Iceland, provides the unmatched opportunity for women leaders from around the globe and across the realms of business, politics, academia, arts and media to connect, confer and exchange best practices and solutions on how to sustainably advance the global society.

“The 2020 forum will be a multi-site event complemented by a digital gathering. On November 10, the main forum in Reykjavík will be connected to several simultaneous Reykjavík satellites, which are day-long gatherings of around 40 women leaders, respectively, indifferent locations across the globe. A digital platform, the Reykjavík Virtual Forum will also be available for those who cannot join in person,” the organisers said in the letter.

They noted that the co-chairs invited represent both the public and private sectors, international organisations, academia and science as well as civil society and social entrepreneurship.

“A balance of geographical representation is also a consideration. The role of the distinguished group of co-chairs is to act as ambassadors and advocates for the forum, its mission, community and initiatives as well as to advise on its activities, guaranteeing a multi-stakeholder approach to the programme and the positive influence of this conference,” they also said.

The co-chairs for 2018 and 2019 included Katrín Jakobsdóttir, Prime Minister of Iceland; José Manuel Barroso, Non-Executive Chairman of Goldman Sachs International and President of the European Commission (2004-2014); Mari Kiviniemi, Deputy Secretary General of the OECD (2014-2019) and Prime Minister of Finland (2010-2011); Paul Kagame, President of Rwanda and Chair of the African Union, among others.

OPINION POST: Igbo Apprenticeship,Merits and the Resentment by Aisha Yesufu

END SARS, SOUTHERNERS AND THE OTHER PERSPECTIVE