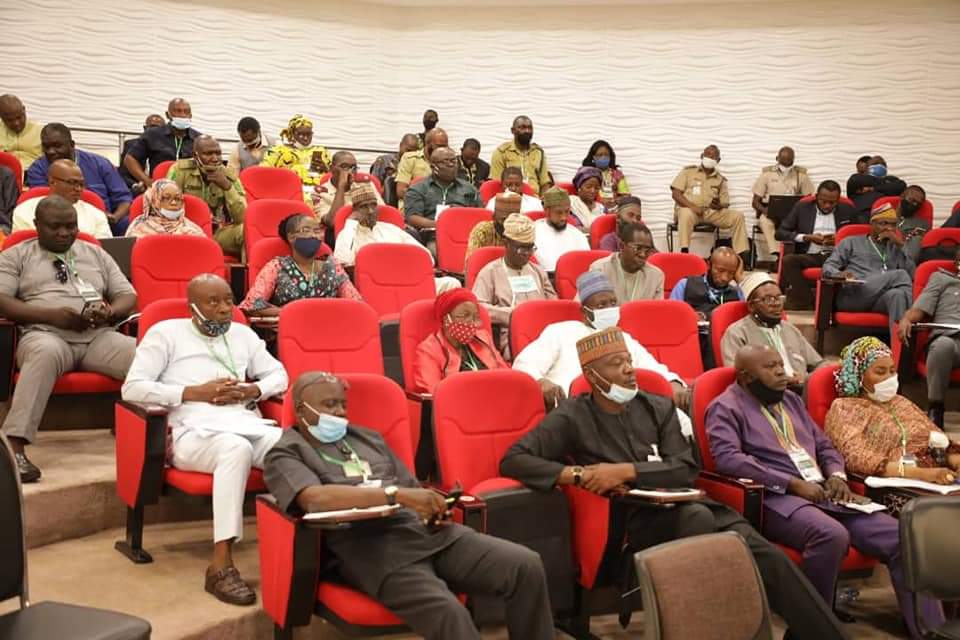 The Director General/CEO of NITDA Mallam Kashifu Inuwa Abdullahi CCIE represented by Director eGovernment Development and Regulation, Dr Vincent Olatunji stated that part of the requirement for the implementation of the National Digital Economy Strategy is to have skilled man power to be able to deliver on the strategies embedded in the plan.

“What we have done in the past five days is like building a foundation and we are the foundation that we have built for our different MDAs”, said the DG.

He made this known during the closing ceremony of training for the first batch of digital economy champions out of four batches in Abuja. Opining that it is a pointer that the federal government is focused on digitalization of the public sector.

Mallam Abdullahi revealed that NITDA is part of the group that developed the National Virtual Meeting Policy for the public service. This policy he said will soon be launched by Office of the Head of Service of the federation (OHSF); and that will again deploy human capital development infrastructure in MDAs. This is why government is working hard by developing these policies so that public servants from anywhere can work effectively, give approvals, write memos and many more which is the only way we can really move forward in actualising the digital transformation of the public sector.

“We need to take this knowledge back to our various organisations to impart on those who are not here which is the only way to be on the right path toward actualising the National Digital Economy Strategy”,he advised.

The NITDA CEO mentioned that, “it is like a collective responsibility that we all have roles to play and we are developing ourselves on the roles that are meant to be played by officials of the federal government of Nigeria”.

He cited that government policies are to be driven first by civil servants before the private sector follows suit, invest in infrastructure and create jobs. As he said that because of the Nigeria Data Protection Regulation (NDPR) a lot of retirees have come out to register as Data Protection Compliance Organisations DPCOs which is a completely different economy of its own under the digital economy platform.

He stated that NITDA in collaboration with KOICA drew up the National eGovernment Masterplan and part of the requirement for the implementation of the masterplan was to create the DT-twg.