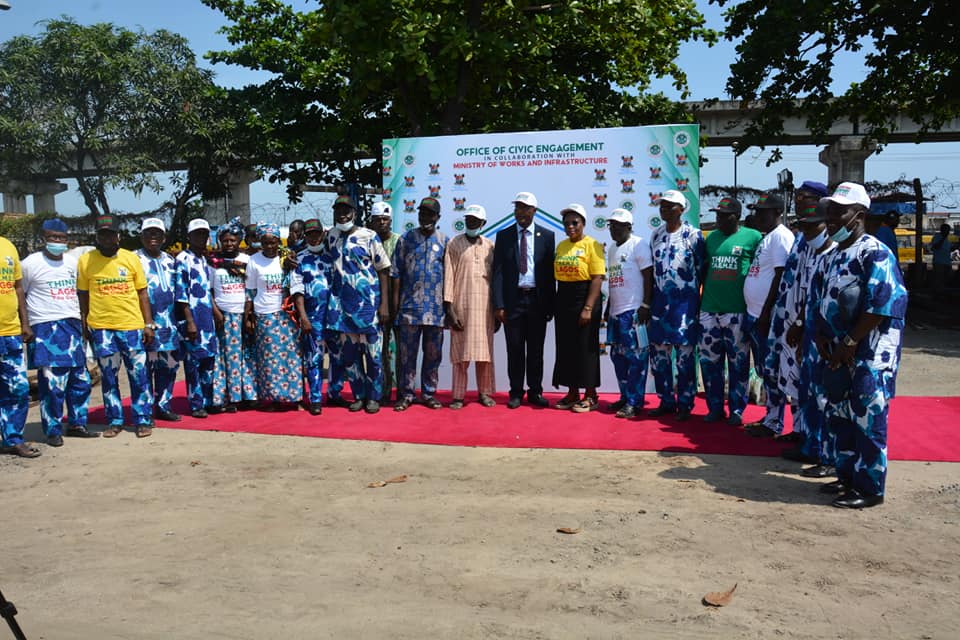 The Office of Civic Engagement, in collaboration with the Ministry of Works and Infrastructure, has met with stakeholders, community leaders and the motoring public on the rehabilitation and upgrade of the Lagos-Badagry Expressway to quicken the completion of the road project.

Speaking at the event held recently, the Special Adviser to the Governor on Civic Engagement, Princess Aderemi Adebowale, stated that the programme is aimed at engaging the motoring public and other stakeholders on matters that could hinder or mar the timely delivery of the all-important project.

According to her, Lagos is the largest metropolis in Nigeria with a burgeoning population of over 20 million people, as well as the Nation’s commercial nerve centre, the economic hub of the West African sub-region and the fifth largest economy in Africa. Hence, road infrastructure plays a crucial role in the socio-economic development of the State, through enhancement of the movement of goods and services, while promoting a wide variety of commercial and social activities.

She said due to the socio-economic importance of the Lagos-Badagry Expressway, the State Government in 2009 took it upon itself to embark on the rehabilitation and upgrade of the road into a 10-lane highway with provision for a Bus Rapid Transit (BRT) lanes and two-way Light Rail corridor from Orile to Okokomaiko.

In her words: “This Expressway has been described as the ‘Gateway to Nigeria’, being a major access route into the nation from neighbouring countries in West Africa such as Benin Republic, Togo, Ghana, Ivory Coast, Gambia and Guinea among others. In addition, Badagry is not only the most preferred tourist destination in Nigeria, but also holds a huge economic potential for Lagos State, if properly and adequately harnessed”.

“It is necessary that we all appreciate the imperative for the rehabilitation and upgrade of Lagos-Badagry Expressway. The benefit accruable from this project is too enormous not to make concerted efforts in ensuring its timely completion and delivery to prevent its abuse. We must also note that this project aligns with the first and fourth pillars of the T.H.E.M.E.S. Development Agenda of Governor Babajide Sanwo-Olu’s administration, which is Traffic Management and Transportation as well as ‘Making Lagos a 21st Century Economy’, she added.

While emphasising that the primary objective of the event is to chart a new course on the best and fastest way to eliminate human factors that could be a clog in the wheels of the progression and timely completion of the project, Princess Adebowale urged all participants to consider the session as essential to achieving the set objectives of the ongoing road project.

LAWMA TO CARRY OUT MAJOR ENFORCEMENT OPERATIONS IN FESTAC

Oyo’ll continue to be pace-setter in physical, human devt – Makinde

FG TO PROSECUTE RAPE AND GENDER BASED VIOLENCE OFFENDERS