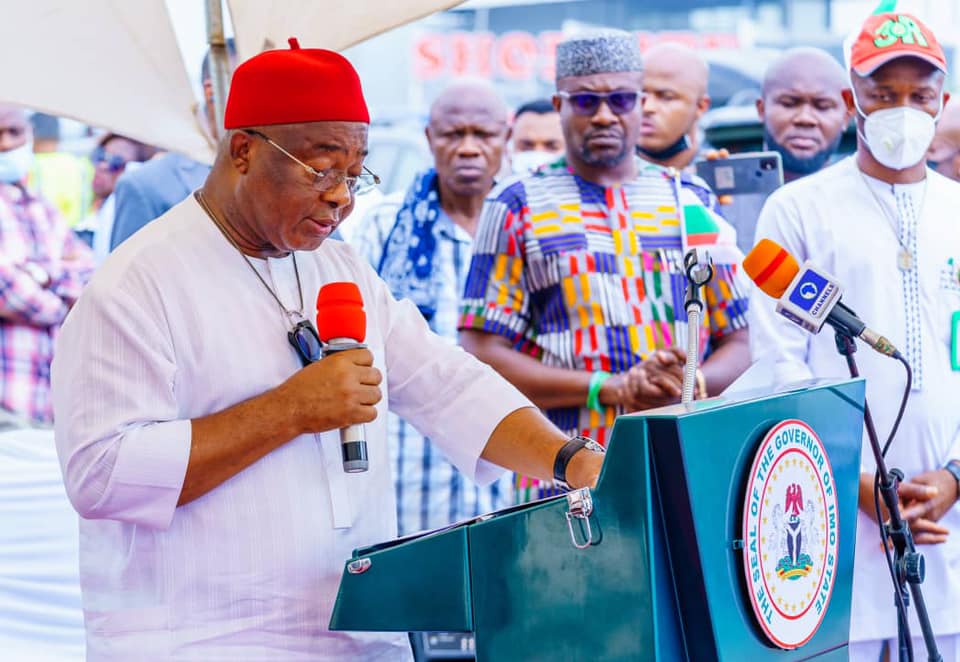 The Imo State Governor, Senator Hope Uzodimma has continued to leverage on opportunities, National and International, to bring the dividends of Democracy to Imo people and move the Economy of the State forward.

Once again, the visible and proficient efforts of Governor Hope Uzodimma in the growth of the state’s economy through Agro based programs and projects has yielded fruit as Imo State is chosen as the pilot State in Nigeria for the Special Agro Processing Hub to support Nigeria by the African Development Bank (ADB).

His Excellency, Senator Hope Uzodimma in his address, commended the Delegation for choosing Imo State benefit in the Agro Economic Agenda in Nigeria: The Imo Special Agro Processing Hub by the African Development Bank (ADB).

Governor Uzodimma disclosed that according to the Concept note of the program, it has a value chain benefit, it not only creates the social infrastructure but will also boost the economy of the State by creating economic activities.

Governor Uzodimma assured them of the Government’s support and commitment to the program.

Speaking earlier, The head of the delegation, Mr Patrick commended Governor Hope Uzodimma for his already implemented vision to elevate not just Imo State but the entire region which is based on the findings they have made so far in their visit, especially the Imo Cargo Terminal of the Sam Mbakwe Airport which he stated that its fit and will be the best Cargo Airport for the Agro Economic Agenda in Nigeria: The Imo Special Agro Processing Hub.

Mr Patrick stated that their visit in Imo State is because Imo State is one of the choosen States for the special Agro Economic program in the country.

He further disclosed that they are in Imo State to scale up the Agro activities and Infrastructures in the state and to address what is needed as support for the special project of of the Program designed to support Imo People and move the Nigerian Economy forward, by African Development Bank ADB.

Professor Ejesi, one of the team members, disclosed that Imo State will be the livestock processing hub where dairy, Leather and the beef Industry will be the integrated place.