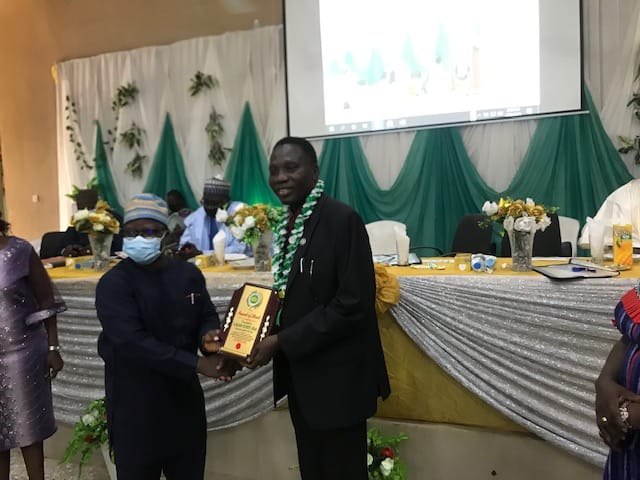 The Lagos State Agricultural Development Authority (LSADA), has been adjudged and awarded the ‘Outstanding ADA of the Year’ by the Institute of Agricultural Research and Training (IAR&T).

The award, which was presented by the Director-General of Oyo State Agricultural Development Authority, Dr. Debo Akande, to the Agency at the 2020/2021 Annual Research Review and 33rd South West Refils workshop in Ibadan, Oyo State on Monday, was in recognition of LSADA’s commitment and meritorious participation in South West Research Extension Farmers Input Linkage System (REFILS) in 2019/2020.

Receiving the Plaque of the Award from the Institute on behalf of the Agency, the Programme Manager of LASDA, Dr. Olalekan Pereira-Sheteolu, said that the award which came barely four days after the launch of the five-year Agricultural Development roadmap by the Governor, Mr. Babajide Sanwo-Olu, will spur the Authority to greater accomplishments.

He said that the award recognition could not have been possible but for the ongoing overhaul of the entire agricultural value chain in Lagos by the State Governor.

The Programme Manager thanked Mr. Babajide Sanwo-Olu for his unflinching support and for making the award a reality, just as he dedicated the award to all members of staff who have worked tirelessly to move the Agency to an enviable position.