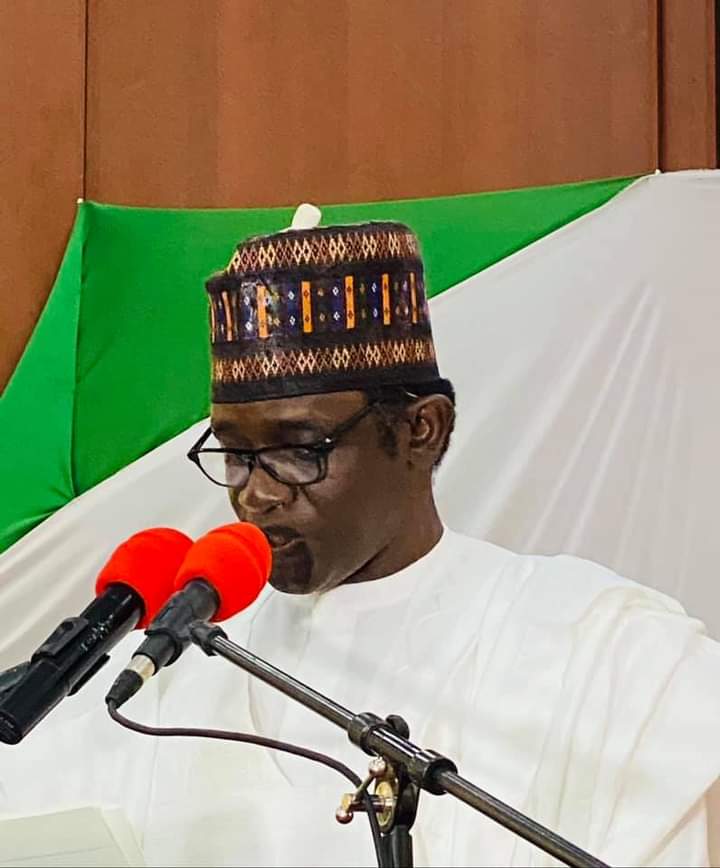 Within the time he has been in office, Governor Mai Mala Buni, has so far, achieved so much, with meagre resources. Yobe state is now going through a multi sectoral transformation; that is changing agriculture, education, youths empowerment, infrastructure and agriculture.

Governor Mala Buni began his term in office with a declaration of ‘emergency’ in the education sector. This was aimed at improving the standard of education in the state, boosting schools enrollment, as well as providing the educational infrastructure that will move Yobe state forward educationally. Rightly, emphasis was placed on giving the people of Yobe state better educational foundation; by revamping primary and secondary school education across the state. Strategically, the state embarked on the construction of model schools in the major towns of the state; Buni Yadi, Damaturu, Gashua, Potiskum and Nguru. Each school has 30 classrooms and computer centres. These schools were aimed at decongesting classrooms and encouraging schools enrollment. At the end, these schools will also address the number out-of-school children and ensure that no child is left out of school. Governor Buni’s emphasis on education is already making impact with improvement in the overall performance of Yobe state in WAEC/NECO. In the area of tertiary education Gov. Mai Mala Buni has been supporting the state owned tertiary institutions; to be centres of academic excellence, and to produce adequate, trained and qualified manpower to serve the state and beyond. As part of the drive to develop human resources hundreds of national and international scholarships have been awarded in key areas of technology, healthcare, engineering and agriculture.

To boost business and encourage entrepreneurship Governor Mai Mala Buni is undertaking construction of modern markets in; Buni Yadi, Damaturu, Potiskum, Gashu’a and Nguru. In the near future, more towns will benefit from such project. Apart from shops, the markets will have abattoir, parking lots, roads and security outposts. These facilities, apart from easing business will also create an environment that can attract businesses and investment to these towns. As Governor Buni recently said while laying the foundation of Potiskum modern market, “Government of Yobe State is building markets to create the environment for people thrive in business.”

The state owned industries are now back to life. The resuscitated Yobe Polythene and woven sacks industry in Damaturu is now producing over 7500 sacks daily. Yobe flour mills Potiskum is now the largest producer of mills in state. State owned Sahel Aluminum company in Potiskum is now empowered and it is operating at full capacity. Yobe State Fertilizer Blending Company is currently being resuscitated, with expansion that will enable it operate in full capacity. The reasons why Governor Mai Mala Buni is reviving state-owned companies is – to create jobs and give incentives for investment in Yobe state.

Township road and concrete drainage have been completed; in Damagum, Fune LGA, in Buni Yadi, Gujba LGA, in Malammatari of Damaturu, in Jajimaji, Karasuwa LGA in Babban gida, Tarmuwa LGA. Similar projects are currently going on in other towns, including Potiskum and Geidam; which were recently flagged off. Governor Buni rounded up this year, with a project; Gujba—Ngalda road. While flagging off the construction of the road, Governor Buni pointed out that; “The project is a very strategic road. The Gujba-Ngalda road, is part of our recovery drive to rebuild our communities, promote economic activities and to reclaim means of livelihood to our people”. Roads and concrete drainages are part of the urban and rural development plan of Governor Mai Mala Buni. In the area of housing, Yobe state is building 3,600 houses across the state. The housing projects, which are in phases, are sited in 17 Local Government Areas of the state.

Yobe state is also upgrading dozens of health care centres and combating some into general hospitals. Hundreds of healthcare centres have been built and equipped across Yobe state. The Yobe State Contributory Healthcare Management Agency is already changing the face of financing healthcare – to end out-of-pocket healthcare expanses and ensure that all; in the formal and informal sector people can afford healthcare. It is also targeting the provision of free healthcare access and services to poor and the vulnerable, including Pregnant women, children under five, those aged above 85 years, the physically challenged, poorest of the poor and orphans.

NIMC APP REMOVED FROM GOOGLE PLAYSTORE AND HOW TO DOWNLOAD THE NIMC APK TO CHECK INFORMATIONS.

Your reign has ushered in peace, massive devt in Ibadanland, Makinde felicitates Olubadan at 93