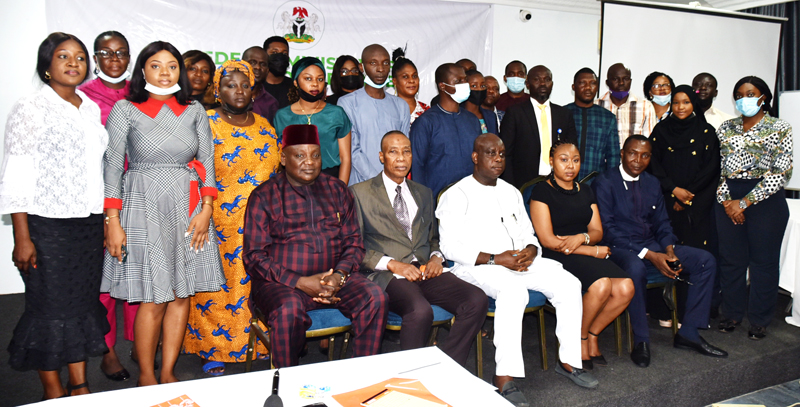 The Federal Ministry of Labour and Employment has embarked on the training of its professional officers on the concept of International Labour Standards and Negotiation Skills, to ensure global standards in the discharge of their duties.

In a keynote address to flag off the one-day training organised for junior and middle level officers, Permanent Secretary of the Ministry, Dr Yerima Peter Tarfa, said that by building their capacity in those areas, the officers would be able to effectively and efficiently discharge their functions “in the area of strengthening Labour administration and promotion of decent work in the country.”

The Permanent Secretary, represented by Director, Productivity Measurement and Labour Standards (PMLS), Daniel Neburaghor, described International Labour Standards as “a comprehensive set of legal instruments that establishes basic principles and rights at work, with a goal to improving working conditions on a global scale.”

He added that to ensure global best practices, officers would need training on “the fundamentals of International Labour Standards and the significant role it plays in Labour Administration and decent work in the country.”

He urged the participants to make good use of the opportunity of the workshop to develop their capacities in the knowledge of International Labour Standards.

In a welcome remark, Director, Productivity Measurement and Labour Standards (PMLS), Daniel Neburaghor, stated that the workshop was organized to educate professional Officers on the fundamentals of International Labour Standards and Negotiation.

He said the knowledge was essential in a dynamic world of work where players needed to be suitably equipped to function effectively.

Represented by Assistant Director, Productivity Guidelines, Godson Ogbuji, Neburaghor added that the workshop would also broaden the knowledge of the participants on International Labour Standards and Negotiation, as well as enlighten them on the new and emerging trends in the world of work.

North-East Nigeria: US$1 billion needed to address the humanitarian needs of 6.4 million people in 2021

Moving to the cloud – is it right for your business?