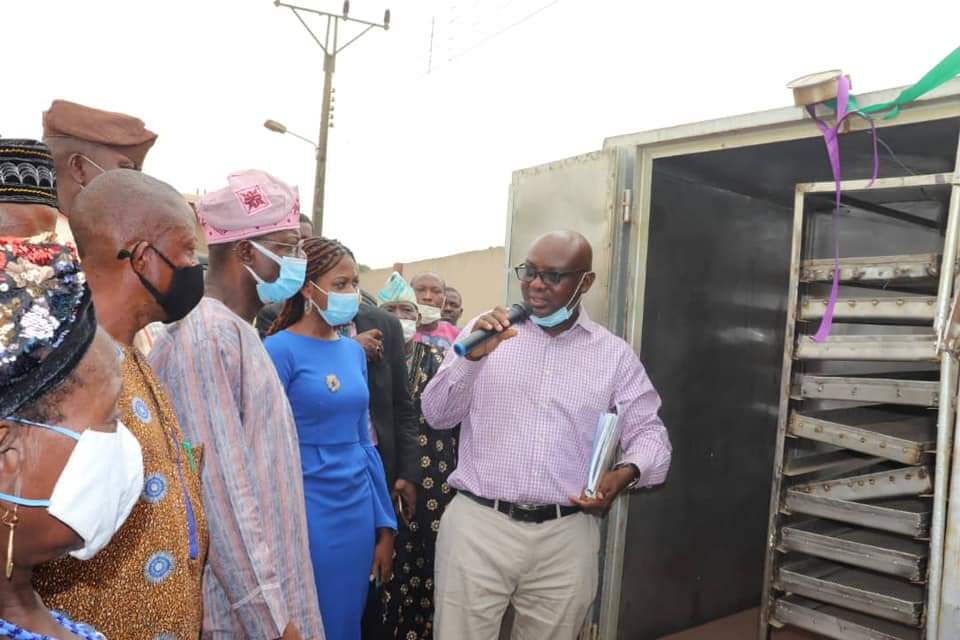 As part of efforts to boost the processing and exportation of cashew nuts in Ogun State, the State government has revived its cashew processing plant at Imasayi by partnering with an indigenous agro-allied processing company, J22 Concerns Limited, Kajola.

The State Commissioner for Industry, Trade and Investment, Mrs. Kikelomo Longe represented by the Ministry’s Permanent Secretary, Mr. Olu-Ola Aikulola who presented the letter of award to the Chief Executive Officer of the company, Mr.Yinka Akintola at the Palace of the Olu of Imasayi in Yewa North Local Government Area of the State, said the present administration decided to operationalise the plant which has been unused since 2018 to enhance the socio-economic development of the people.

Longe called on relevant stakeholders and the people of Imasayi to support the investor in enhancing cashew nut value chain by increasing production of cashew nuts and selling same for processing instead of selling them raw.

The Chief Executive Officer, J22 Concerns Limited, Mr. Yinka Akintola said the company intends to process 500 kilograms of cashew nuts daily noting that the utilisation of the plant would create employment opportunitues for indigenes of the area and bring about human capital development among the people.

NIGERIA: CAN WE CURE OURSELVES FROM THE DUTCH DISEASE?