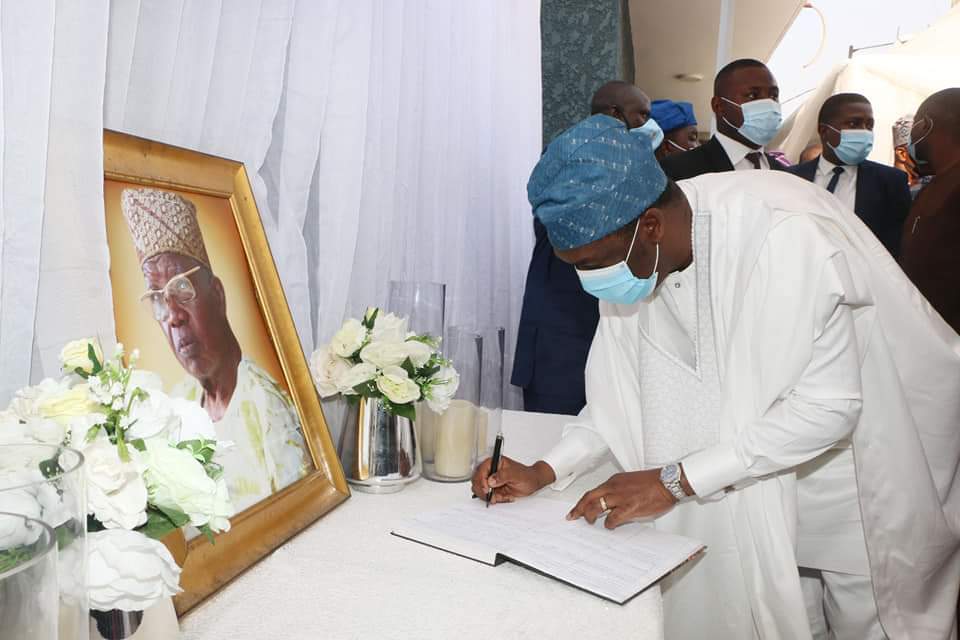 JAKANDE, AN EMBODIMENT OF ALL POSITIVES – HAMZAT

The Deputy Governor stated this during a special fidau prayer in honour of the late former Governor held at the Ilupeju residence of the deceased.

While noting that it is a bit tough describing him, the Deputy Governor stated that Alhaji Jakande was a great man who cared and served his people meritoriously when he had the opportunity to serve.

He said, “Baba Jakande was just an example of what all of us should aspire to be. A great man, humble, selfless, loyal, and dedicated. So, he is an embodiment of all the positives. A great man that served his people when he had the opportunity to serve. A man that cared for the people and a fantastic journalist”.

Signing the condolence register, the Deputy Governor wrote, “Baba was a great leader in the State of Lagos. The developmental strides put in place is unprecedented and a greater leader in Nigeria. A thorough-bred Awoist and man of the people”.

He added that there was a need for political leaders in the country to emulate him by being humble and loyal to the country.

Recalling his personal encounter with the late Alhaji Lateef Kayode Jakande, Dr. Hamzat said Baba showed up at his graduation at the University of Ibadan in 1986.

What You Do Not Know About The 156km Lagos—Ibadan Expressway

How Criminality Is Killing Agency Digital Banking In Nigeria