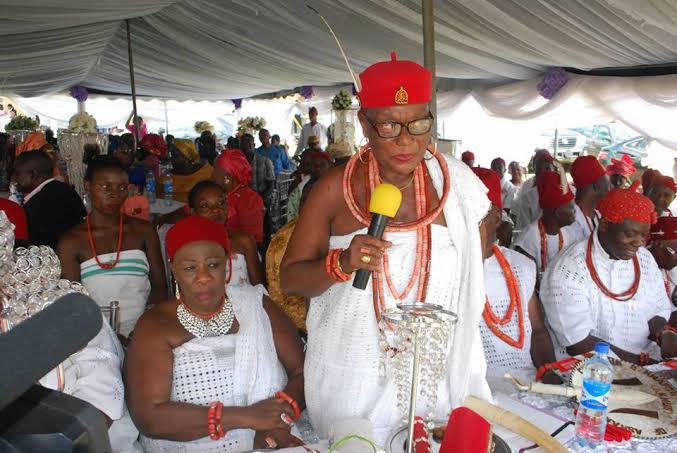 The concern raised by Edward Chigozie Stanley is disturbing. There are many who are still paying lip service to Igbo unity. They agree that Igbo should unite, but practically they keep on dwelling in the past. Some of them are members of this group. Their arguments keep creating more division than unity.

The IGBO HISTORY forum aims to reconcile all the Igbo subgroups through sharing our common ancestral past and values. It is heart warming to say some achievement has been recorded in this regard. Some members of this forum are Ikwerre, Anioma, and so on. However, we have to be cautious in our views, which seem to be emphasizing much more on the past than looking forward to the future.

It may not be the fault of Ikwerre, Anioma, and the rest of Igbo outside South East being annexed to other regions. Their location throws up some challenges which should be managed carefully. As Chigozie Stanley rightly pointed out, they are being confronted with some form of isolation and dilemma. For example, other stakeholders in South-South see Ikwerre and Anioma as Igbo. They feel their interest is protected in Igbo South East. Now, how does South East perceive our kinsmen when it comes to allocation of resources and political appointments to Igbo? The thinking of most of us is that every appointment or allocation for Igbo must go to South East. Those who hold this view may partially be right, especially when one considers distribution of political appointments is based on geographical region. However, whenever it does not happen that way, the region should behave wisely.

It is deplorable the reactions from South East Igbo that trailed the recent appointment of General Lucky Eluonye Onyenuchea Irabor, as Nigeria Chief of Defence Staff. He hails from Agbor, Anioma Igbo, South South. Many South East Igbo questioned his Igbo origin. Some said he is from Edo; some said he is Esan; others called him South South. Only few insisted he is Igbo. This happened, though his two middle names are Igbo. We know the influence of Bini on Agbor, an Igbo group sharing boundary with Bini. When people who should understand better raise their voices so loud to disown their own, how would the person concerned and his community feel?

All Igbo need to have proper understanding of the political dynamics of our country vis-a-vis the position of South East. In this regard, what should matter most to the region is the overall Igbo interest. If an appointment skips South East and goes to South South of Igbo extraction, South East should not grumble. The region should accept the appointee, being their own; it should embrace him. After all, the appointee is first and foremost an Igbo. In that case, the appointee should endeavor to appreciate his status as that of one standing in the gap between South East and South South.

It is imperative South East embraces and supports every Igbo man appointed to prominent position, irrespective of his geopolitical region. It should learn to be “operating behind the seen”, giving necessary moral support, while at the same influencing the appointee to as well protect South East interest.

South East Igbo must desist from insisting every political appointment for Igbo must go to South East. Holding on to such claims would be antagonizing our brethren on the other sides. The more we keep on emphasizing so much on South East Igbo interest, the more we make our brethren on the other sides feel they are not part of us. We should strive to manage very well the two conflicting positions.

The region should also begin to exhibit selfless leadership. A selfless leader would always deny themselves some legitimate rights for the overall good of their subjects. This is one of the prices true leadership has to pay in this case.

Again, South East Igbo should also stop beating this drum of “they say they are not Igbo”. That could be what they were saying in the past. The region should much more be interested in what they are saying today. There are indications the narrative has tremendously changed. Even if few, for some political reasons, they are still say so, you should treat them with some maturity, correcting them with brotherly love where and when necessary. However, the region should never cease reminding them of their blood bond with South East.

Lastly, a good number of us are temperamental. They get easily provoked when opinion of other people differ from theirs. We rain abuses on others for their contrary views; we call them names; we insult them. Igbo should do well to address this issue. We provoke people more when we abuse them, however stupid and irrational their views could be. Igbo should learn how to address difficult people without abusing them. If someone disagrees with you, use superior logical argument to follow them.

In conclusion, this article is calling on every Igbo to adopt a more constructive approach in addressing their numerous challenges.

Entrepreneurship should be taught as a subject in all schools across Africa.

SOCIAL MEDIA: BEFORE YOU POST THAT YOUR PICTURE, PAUSE AND ASK; IS IT WORTH IT?