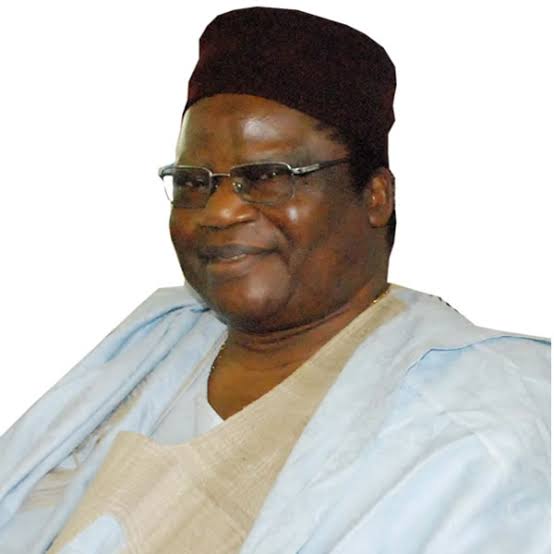 Prince Tony Momoh, the celebrated & cerebral Yerima of Auchi Sacred Kingdom and one of the leading lights of the ruling APC departs this earth for the great beyond about 03.00pm on February 1, 2021. He would have clocked 82 on April 27, 2021.

The Yerima of Auchi Kingdom of the class of 1966, Jackson College of Mass Communications, UNN, was former Minister of Information, and much later, he was elected as the Chairman of PMB’s Congress Progressive Change (CPC), one of the legacy parties that fused to become the All Progressives Congress (APC). It was on record that Prince Momoh has been working closely with PMB over the years when he (PMB) was a serial loser in the presidential elections in 2003, 2007, and 2011 general elections until 2015 when lady luck smiled on him to become the President of Nigeria.

He has had action-soaked years across the spectrum of mass communications
as well as the political landscape.

•Chairman, Media and Publicity of the All Nigeria People’s Party (ANPP) Campaign Organisation in the 2003 and 2007 elections.

In his tribute to Prince Momoh, President Muhammadu Buhari affirmed that he “will always be remembered for his unalloyed support for the truth that culminated in the
electoral victory of 2015.”

The Prince was an embodiment of honour, honest, humility and highly reputable as incorruptible.

He was a mentor to a legion of media professionals.
He has distinguished himself as a mandarin in the mass media.

Among all the Editors of the Daily Times, he was the first and only to be made Editor of the daily paper through examinations.

The first and only Editor to take the Senate of the Federal Republic to court over press freedom. In 1981 the Senate led by Joseph Wayas summoned Prince Momoh for contempt. This caused a major legal battle in which Prince Momoh successfully argued that as a journalist he was empowered by the constitution to hold government accountable at all times.

Going by the frequency with which he churns out books, perhaps, there is hardly any journalist in the country that has written as many books and journals as Prince Momoh had done.

After obtaining his Teachers Grade three and two certificates as well Ordinary and Advanced Level General Certificates in Education and acquiring teaching experience for several years, he was began his journalistic career in the Daily Times as a Sub Editor trainee in 1962.

Upon returning to the Daily Times, he rose rapidly through the ranks and subsequently, to the pinnacle of the profession when he was appointed the Minister of Information & Culture 1986 – 1990.

He served on the Boards of Nigeria Airways, the Nigeria Media Merit Award (NMMA), the Nigerian Press Council and African Refugees Foundation.

He was a fellow of the Commonwealth Journalists Association and the Nigerian Guild of Editors.

Prince Momoh was born into the royal family of Auchi Sacred Kingdom, Edo State, on April 27, 1939 as the 165th child of Momoh the First. The Monarch had a family of 47 wives and 257 children which is regarded as one of the largest organized families in the world.

The Yerima was married to Janet and they are blessed with four successful children.

He recalled that the late Chief Anthony Enahoro was one of those he admired in his younger days and decided to name himself ANTHONY. Besides, as was the vogue, youths used to have fanciful names in addition to their birth names. Some of his brothers were named Highbred, Darlington, King, Washington, Kessington etc. But in fact, the Yerima’s real name at birth was SULEIMAN. His religion? He is a very prominent Cross Bearer of the Grail Movement.