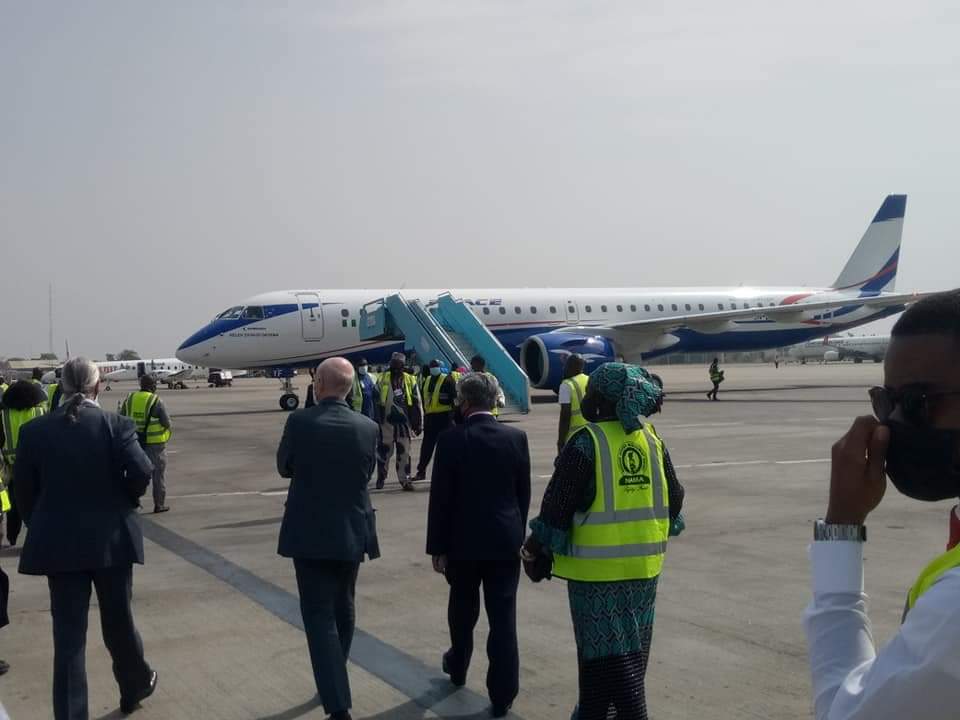 I was privileged to be part of history today when Air Peace’s much-anticipated E195-E2 jet debuted in Africa at Nnamdi Azikwe Intl. Airport, Abuja. The nation witnessed the arrival of first brand new E195-E2 aircraft out of thirteen new jets firmly ordered by the biggest indigenous airline in West and Central Africa—Air Peace Airline. Embraer 195-E2 aircraft, with passenger-capacity of 144, is nicknamed “Perfect Hunter” because of its scintillating qualities.

Air Peace Airline has been increasingly raising the bar and silently revolutionizing the aviation industry against strangulating odds in the sector. Two years ago, the Airline ordered 30 brand new Embraer 195-E2 jets—thirteen of it firmly paid for, while seventeen is on Purchasing Right Order—and to be sold at the same price to the Airline anytime in the future.

I want to say a very big congratulations to Air Peace Airline in particular and Nigerians in general. Air Peace Airline is putting Nigeria on global aviation map. With the supersonic pace the Airline is racing, in few years from now it will overtake Ethiopian Airline as the biggest airline in Africa. I am proud to identify with this unparalleled milestone. 💪💪💕💕🎈