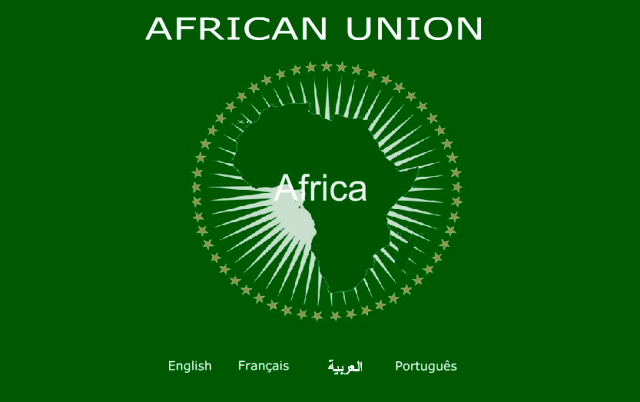 The thirty fourth (34th) Assembly of Heads of State and Government of the African Union (AU) scheduled to take place on 6 and 7 February 2021 will hold under the theme: “Arts, Culture and Heritage: Levers for Building the Africa We Want”. This theme of the year will be presented during the upcoming African Union Summit, by the lead Department of Social Affairs at the AUC. However, it is worth noting that, Africa is universally recognised for its rich arts and cultural diversity given that, African cultural heritage springs from different communities all over Africa. Therefore, cultural heritage, which is seen as an expression of the ways of living developed by a community and passed on from generation to generation, including customs, practices, places, objects, artistic expressions and values, will for the next twelve months, be at the centre of discussion in most events organised by the African Union.

African heritage is keen on the moral values while African culture is expressed in its arts and crafts, folklore and religion, clothing, cuisine, music and languages, etc. Expressions of culture are abundant within Africa, with large amounts of cultural diversity being found not only across different countries but also within single countries. Consequently, the African Union (AU) has recognised the role arts, culture and heritage can play as catalysts for the socio-economic development and integration of the African continent. To that effect, the preservation of valued African property such as historic buildings, artwork, books/manuscripts and other artefacts that have been passed down from previous generations, will take central stage henceforth as the AU strives to uphold these values by dedicating an entire year of 2021 to ‘Arts, Culture and Heritage: Levers for Building the Africa We Want’.

The proposed theme of the year 2021 draws inspiration in the African Union Agenda 2063, as a shared strategic framework and blueprint for inclusive growth and sustainable Development; Aspiration 05 envisages:

Expressions of culture are abundant within Africa, with large amounts of cultural diversity being found not only across different countries but also within single countries

Worth recalling that, from the onset, the Organisation of African Unity (OAU) and, thereafter its successor the African Union (AU), has placed culture at the top of their agenda, as stipulated in the OAU Charter, which affirms the commitment of the African Union Member States to ensure the coordination and harmonisation of their policies, in the domain of educational and cultural cooperation, among others. The significant contribution of culture to the integration of societies and to the socio-economic development in general and to poverty alleviation through job creation and social inclusion in particular has been undoubtedly evident. This reiterates why the AU has not only included culture in all major development blue prints, such as the Lagos Plan of Action 1980-2000 and the African Union Agenda 2063; but it has also adopted various instruments pertaining to culture including the Cultural Charter for Africa (1978), the Charter for African Cultural Renaissance (2006), the Statute of the African Audio-Visual and Cinema Commission (2019) and the African Union (AU) Model Law on the Protection of Cultural Property and Heritage (2018), among others.

According to H.E Moussa Faki Mahamat, Chairperson of the AU Commission, the AU’s theme of the Year 2021 ““Arts, Culture and Heritage: Levers for Building the Africa We Want”, is an important theme and goes hand in hand with the whole movement for the institutional reform of the Union, “as culture is the main marker of identity and through it we know who we really are”. The AUC Chairperson was speaking while addressing the virtual official opening of the 41st Ordinary Session of the Permanent Representatives Committee (PRC), on 20 January 2021.

Meanwhile, the 38th Ordinary Session of the Executive Council is scheduled to take place on 3 and 4 February 2021. This meeting will bring together Ministers of External Relations/ Ministers of Foreign Affairs and International Cooperation from the fifty five (55) Member States of the African Union.

Distributed by APO Group on behalf of African Union (AU).

IGBO COMMUNITY IN ABESAN/IPAJA WOWS PEOPLE WITH THEIR COLORFUL FESTIVAL