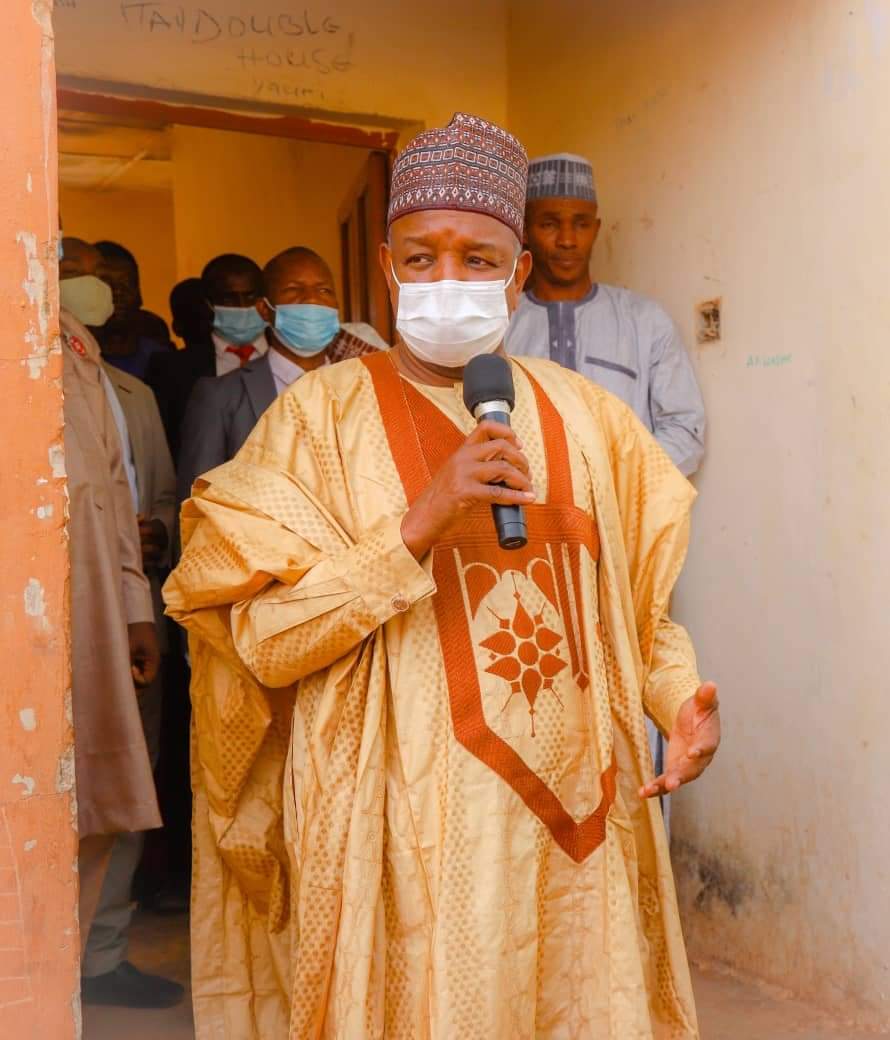 The Kebbi State Governor, Senator Abubakar Atiku Bagudu, on Thursday, visited Dakingari, to commiserate with students of the State Polytechnic, Dakingari, over the recent fire incident which gutted one of their hostels.

The Governor who addressed the students, told them that ,he was in the school to commiserate with both the staff and students, over the unfortunate fire incident.

In his words: ” I am visiting you, to commiserate with you over the fire incident. I have seen the extent of damage caused by the fire.

” All the students in the hostel had regrettably lost their properties. Please accept my sympathy,” he said.

Bagudu however expressed gratitude to the Almighty Allah that no life was lost and nobody had been injured.

Bagudu also assured the students that, the state Government would work with the school authority to ensure that, the hostel was urgently repaired and put it back to use.

The Governor also stated that, the affected students would get the necessary assistance from the state government.

He commended the students for coming back to school and charged them to seriously face their studies.

“‘ I am pleased that most of you are back to school, so, face your studies seriously .

‘” We pray that this will be a stepping stone to greater heights,” he averred.

Bagudu doled out instant financial support to the staff and students.

Earlier, one of the students, Ibrahim Muhammad, after narrating to the governor how the fire razed their dormitory, lamented the destruction of all their properties by the inferno.

” All our properties, including our beds, clothes, everything, had been consumed by the fire,” he lamented.

The students appreciated the visit of the Governor and applauded his promise to rebuild the damaged hostel.

The Kebbi Governor had also made a stop over at Koko Market, where he interacted briefly with some farmers packaging beans meant for transportation to accessible markets.

In his usual manner, anytime he meets farmers, Bagudu lauded them for their hard work and admonished them to sustain the tempo.

At Samanaji, he welcomed back a community ravaged and sacked by the 2020 devastating flood disaster.

A Bit on the Side