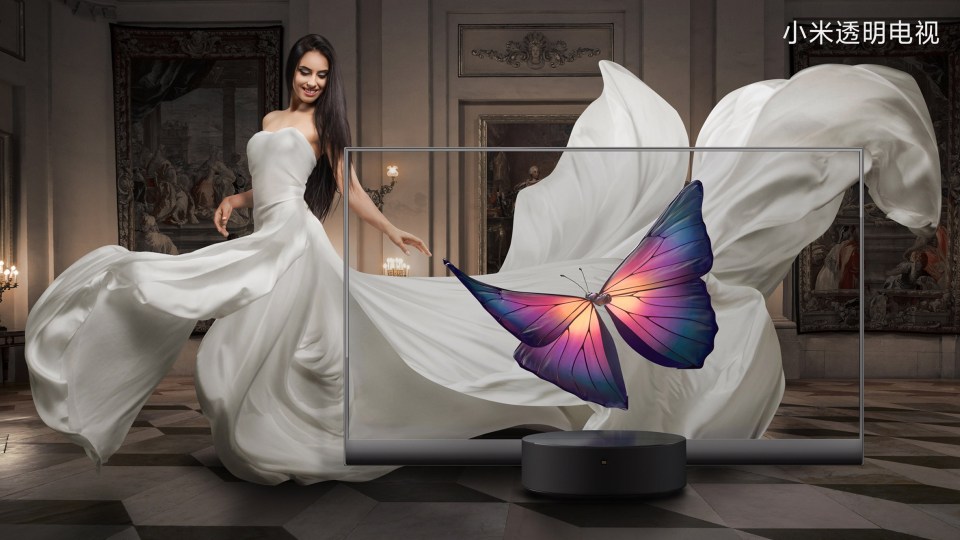 Xiaomi is a Chinese electronics company founded on April 6, 2010. As part of the company’s 10th-anniversary celebration, it launched a new Mi TV LUX transparent television, which displays images that look as if they’re “floating in the air.”

This see-through TV is very fitting for those who like appliances or furniture to blend in, to the point that they’re unseen, such as a fridge that looks like a cabinet, a cabinet that looks like a wall, or even a bookshelf that’s a door.

Over the years, several electronics companies have developed interesting designs that aim to disguise the appearance of TVs. For example, Swiss designer Yves Béhar’s Fuseproject designed a smart TV for Samsung in 2017 that appears to be a framed piece of art when it’s hung on the wall. In 2018, Samsung unveiled the ‘Ambient Mode feature’ to its QLED TVs, which allows the screen to look nearly invisible when not in use by mirroring the appearance of the wall behind it.

The Mi TV LUX uses transparent technology known as an organic light-emitting diode (OLED) to offer an edge-to-edge transparent display, leaving what appears to be a glass screen, allowing viewers to see through to the other side. I would imagine this would come in good use if there is a mural on the wall, or for those who are minimalists.

Traditional TVs use ordinary LEDs to light an LCD. However, the pixels of an OLED TV is self-illuminating, and backlighting isn’t necessary. Therefore, while conventional TVs require a back panel to hold their processing units, the MI TV LUX does not; allowing the designers to integrate these elements into its base stand.

The TV has an ultra-thin width of around 5.7 millimeters and its rectangular screen measures at 55 inches. Impressively, the screen can display over 1 billion color combinations. Its cylinder base stand, which resembles “compact discs,” is designed to blend into a variety of surroundings.

The TV also has a custom-made MediaTek 9650 TV chip and comes with an “AI Master Smart Engine,” with over 20 optimization algorithms that intelligently refine graphic resolution to create vibrant pictures.

A few interesting ways this transparent technology can be used include businesses that can put it in shop windows to display moving words or pictures explaining the product behind it and other items in the store. Also, for dynamic presentations with several layers (multiple televisions back to back) to create an exaggerated sense of depth. The 3D effect would be fantastic! It would be similar to kids’ shoebox diorama projects.

Xiaomi claims the Mi TV LUX to be the world’s first mass-produced transparent OLED TV, and on August 16 it was released in China at the cost of approximately US$7,200 (RMB 49,999).

Our Armed Forces are the best in the world - Hope Uzodimma