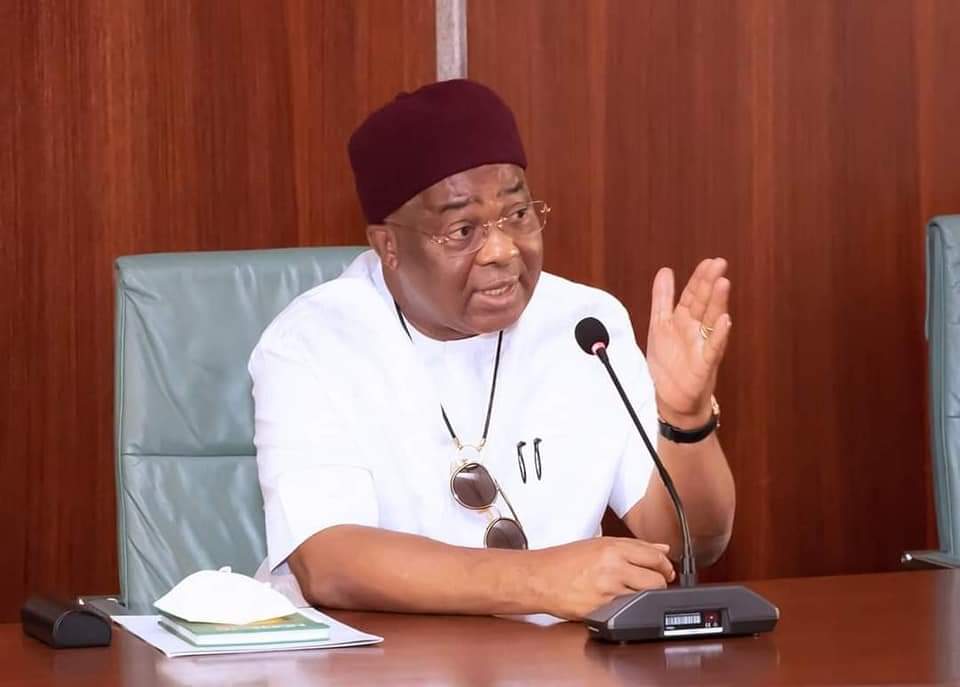 Security of lives and properties of citizens remains a bedrock of governance. Apart from it’s primary attributes of peace and love, it offers an enabling environment for government programs and policies to thrive.

This informed the decision by the Shared Prosperity administration of His Excellency the Distinguished Senator Hope Uzodimma in the formation of Operation Search and Flush upon resumption of office. This was done in conjunction with the security agencies to fish out criminals within our communities.

Recall that prior to the on boarding of Shared Prosperity administration, Imo was littered with petty criminals, so glaring that it became the talk of town. Daylight petty robbers advancing their territorial coverage against the state and the citizens. The communities were faced with one criminal activity or another. These were as a result of longterm negligence on security by the previous administrations.

Shortly after the commencement of Operation Search and Flush, the process for the institution of Community Policing commenced and to date, the peaceful atmospheric status of the state is a product of this giant stride by the Shared Prosperity administration of His Excellency the Distinguished Senator Hope Uzodimma.

Not withstanding the gains garnered so far, the Shared Prosperity administration of His Excellency the Distinguished Senator Hope Uzodimma pushed further for continued peaceful coexistence amongst Imolites and non-Imolites resident in the state by organizing the Imo State Security summit which had the Inspector General of Police and other Service Chiefs in attendance. This summit sort to synergize more the existing relationship between Imolites, residents and security agencies.

The recent peaceful protest across the nation against police brutality got the Governor’s solidarity which promoted to constitution of a Judicial Panel of Enquiry. The panel was constituted by His Excellency to, amongst other things, restore peoples confidence in the security agencies. Unfortunately, the peaceful protest was hijacked by hoodlums and casualties recorded. His Excellency has since resolved emanating issues from the violence and commiserated with the security agencies that lost officers.

For over a year now, the issue of farmers / herders conflicts has recorded little or no occurrence within Imo State, many thanks to the bilateral relationship cemented by the visit of His Excellency, the Distinguished Senator Hope Uzodimma to the Commandant General of Nigeria Security and Civil Defense Corps (NSCDC) for the deployment of more Agro Rangers across the state.

In retrospect, Imo has been peaceful, secured and accommodating ever since the inception of the Shared Prosperity administration of His Excellency the Distinguished Senator Hope Uzodimma. His Excellency’s commitment towards peace and unity has continued to restore confidence amongst Imolites, residents and investors.

HANSON AND TEAM CHURN OUT GRAPHIC DESIGNERS IN UYO!