Home Lifestyle Me, My Boss and Sexual Harrasment in Office 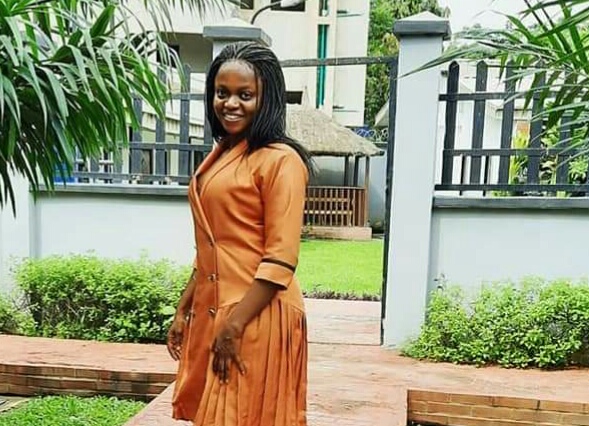 When you see corporate organisations taking harsh decisions against its senior officers on ethical issues its because they understand how these things works.

As a teenager in the Uni, it was those time that you will go to cyber cafe to check your mails, there were smart phones actually but was only owned by the big boys/girls, I was searching for where to go for IT placement, so I occasionally go to cyber cafes to apply for positions online, in one of those days, there was a reply to one of my applications but the date to come for the interview has passed, so I reply the email ans mentioned that if I could still come and I got a reply immediately.

I went for the interview and I passed, it was one of those night I slept like a baby, smiling all through my dreams.

On the resumption day, I was ushered into HR office where my pay package was given to me, a form for pension and tax (Lagos State Govt, have been paying tax since i was 17 😒😒) I choose Stanbic IBTC for pension, I still use it till today, after pension and other deductions the take home was 17k and mine the joy was real cos that money some graduates were not earning it then.

I was PA to Chief Technology Officer, in a company that is one of the early players in the ecommerce space, the company also deals on inverters with shops all over malls like Ikeja City mall etc.

The job was super interesting and I am thankful cos they laid my path to becoming an IT expert.

My 1st experience was when I started using the backend of the website (CMS), I’ll upload products from the backend, it will show up on the front page of the site, wow. 😘😘
I started asking curious questions like, how did this come about, that was how my journey into website design and web d toevelopment started but that’s a story for another day.

Not long after I had started this job, my boss started behaving funny, he will call me to learn something from his desk and will be robbing my hand, or pulling me unnecessarily close to him, initially I thought he just wanted me to see the screen well, until it became obvious.

I lived in Ojota then and my office was at Obanikoro, so I will come out of our street to Ikorodu Road to join any bus heading to Ketu-Ojota, In one of those days my boss pulled over as I was trekking to the bustop and asked where I was headed, then offered to drop me off, I was not comfortable so I rejected the offer but he insisted, so I entered the front seat.

2 minutes after I had seated, he started touching my hand, so I shifted till I was so close to the window, almost like I was jumping out, he started saying I shouldn’t be afraid that he likes me and other nonsense, the only time I could summoned courage I reminded him that he was married.

He said oh forget that, then he started saying all sort of rubbish about his wife, how he doesn’t love her, that she forced herself on him, got pregnant for him on his graduation night, put to birth while he was gone for NYSC and his parent mandated him to marry her and all those nonsense a man who wants to get into your pant will say.

I knew i was in for a long thing, then started the God why me and all sort of prayers to desuads this man from disturbing me, work became hectic as he will take turns to call me to his desk to teach me what I need to know while using that opportunity to rob my hand and touch any part of my body he could while we both look at the screen, it still shocks me that there was a time I was this timid, foolish and gentle, some of us that have become highly aggressive towards this gender are suffering from past experiences.

The job was good, I was sponsoring myself through school with menial jobs, I have already plan how this 17k will go, schools fees, extra trainings for IT alot, it wasn’t a time for me to take harsh decisions, so I continue to bear this man abuse and he kept disturbing me to give a response to his advances and I said I will think about it, thinking that I will pray enough and one day he will lose interest in me, poor me and prayers that year 😢😥😭

One day, a woman came to our office, alot of people in the office knew her, she worked with the Nigerian Immigration service and she wore the uniform, so as people were greeting her, she came upstairs where our office use to be and asked who I was, she was told I was her husbands PA, she looked me up and down, up and down then shaked her head, she didn’t also respond to my greetings.

This man continued in his advances and touching me while on his desk, I still haven’t given him any response and couldn’t ask him to stop, I just made sure whenever I was going home, instead of going forward to wait for a bus, I’ll go backward because he couldn’t drive backward as it was 1 way, people have always wondered why I’ll go backward to wait for abus instead of forward which will be cheaper.

So one day, I was on my desk working when I heard some noise downstairs, I didn’t know what it was, the woman was screaming, I will kill her today, how can she, that little thing blablabla until she came upstairs with some of our colleagues who knew her, behold it was my boss’s wife, she had come to beat and harassed me, that I was dating her husband.

She came close to hurt me and other colleagues who were in same floor with us stopped her, and she made all the noise and left.

Apart from seeing this woman the first time she came to our office, never seen her before, never dated the man or followed him anywhere aside his abuse in the office so I was shocked that she came to harrrassed me.

Something died in me that day, I couldn’t walk, I couldn’t leave my seat, couldn’t go for lunch or even go downstairs, I was mentally death, was just existing.

Shame!!! Covered my face, couldn’t look at anyone anymore, you could have asked me for A and I’ll reply B, this world isn’t fair.

So few days after his wife drama, my boss would call me to his desk and tried to touch me again, I summoned courage, didn’t know where it came from, tried to stab him with a ruler, then I started raining curses on him, I rained curses on him to my satisfaction then pack my bags and left.

A week later after my outbursts, I was fired 😭😭😢😥😥

I didn’t ask him why, and I didn’t know what led to my sack cos I couldn’t concentrate and couldn’t even face my colleagues after all the series of drama, I was too young to withstand it.

Last year, the bastard called me, to beg for my forgiveness, that he is now born again and he wishes to restitute to me 😒😒😒

MY EXPERIENCE IN THE KIDNAPPERS’ DEN.

RIGHT OF WAY: NCC IS READY TO COLLABORATE WITH UK PROSPERITY FUND – NIGERIA...