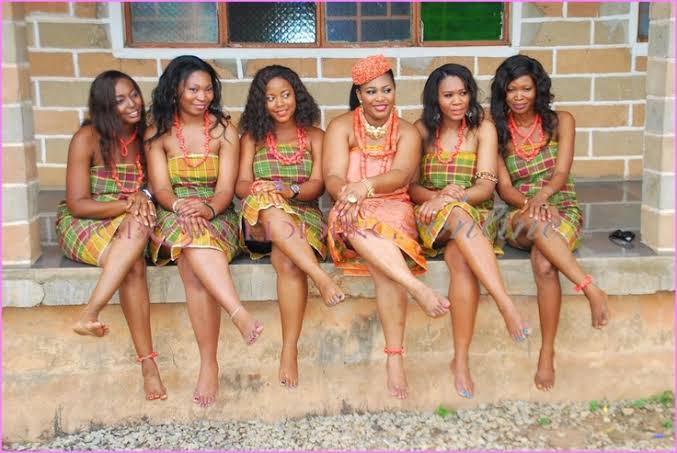 There exists a phenomenon of female husbands in Igbo land. Sadly, a lack of understanding of the phenomenon has led some to erroneously use it to argue for the existence and acceptance of lesbian activities in ancient Africa.

Just as a man can own a slave, a woman can also own a slave. The implication is that a child born to the slave of a woman belongs to her. The exact same thing you saw Sarah, Rachael and Leah do, in giving out their slaves to bear children in their name, is obtainable in Igbo land. A married woman having difficulties bearing children can hand her maid over to her husband to bear children in her name.

Based on this principle of having a child by owning the mother of the child, women were allowed to ‘own’ another woman with childbearing ability. However, getting this woman of childbearing ability was not a slave market purchase. The woman became part and parcel of her madam’s family by induction through marriage. She is married into the family like every other woman married into the family. She possesses all rights women married into that family possess and her own family of birth are treated as in-laws.

Such marriages are initiated by women who decided not to marry because their fathers had no male son to continue the family lineage. So, they get women who give birth in the name of their father. The other set of women who engage in this are older widows who were and are unable to have children, yet want to leave a name for their late husbands. The idea is not for the woman married to breed kids by prostituting herself. The idea is for her to attach herself to just one man. So, why playing the role of a concubine to the man, he fathers children for her that will never be counted as his. It should be noted that in these present days, many women married for this purpose prefer to be free ranging.

You can see that there is nothing about lesbianism in this arrangement. So, you can see how mischievous it is to use this to argue for ancient presence of lesbianism in Africa. Those who use this to argue for lesbianism argue that you cannot say what happens in the room when both the female husband and her wife are together. That is silly! It is like arguing for homosexuality amongst the men by saying you don’t know what happens when a master and his slave are in the same room.

Firstly, an abomination is no less an abomination because it was done with a slave. A master does not have the right to commit abomination with a slave. A female husband secures no right to abomination because it involves a woman she married. No! If they ever have a lesbian relationship it will not be because of the marriage; and it will highly be a secret affair like in a case of incest or bestiality. Secondly, in Igbo land of yore, sex was a night thing; and husbands and wives do not reside within same roof. So, a woman passing the night in the house of her female husband is unlikely.

This practice is fast dying for reasons that owe much to modernity. Today’s mindset does not see legacy in children, but legacy in an individual’s contribution to society. However, memories of this practice need not die but be archived for historical purposes. They are pointers to who we are… the people of the book!

The North And Its Failed Political Industry Weep my Brother

Facebook partners with the Namibian Blood Transfusion Service (NamBTS), Ministry of Health and Social Services (MOHSS) to boost blood donations in the country