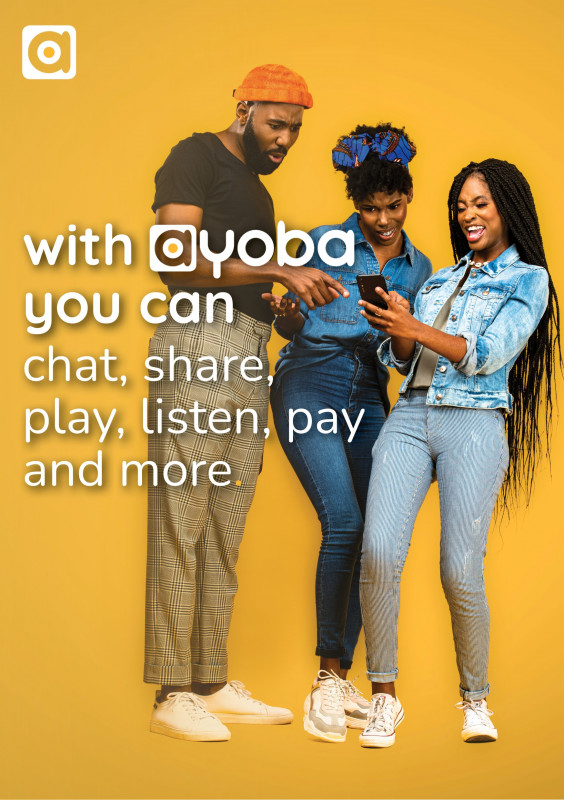 CAPE TOWN, South Africa, December 22, 2020/ — On Saturday 28th of November 2020, ayoba (www.Ayoba.me) was awarded the Africa Digital Award for Best Mobile Application (https://AfricaDigitalAwards.com)​ in Accra, Ghana.​ The Awards were held by the Africa Digital Festival to honour Africa’s Digital Champions and ayoba features amongst many prestigious winners.​ Accepting at a virtual award ceremony, ayoba thanked the millions of users whose support has helped to realise the dream of bringing content and connectivity to Africa.

The Award is a result of many achievements during the course of the year.​ This can be seen in the sharp rise in user numbers in the fourth quarter, as users respond positively to the many significant updates to the app.​ The application is now available in 22 languages of which many are from Africa such as Xhosa, Zulu, Ibo, Arabic and more, all contributing to the unique hyper local focus for ayoba.​ Ayoba also offers the possibility for its users to send and receive money via our partner’s MTN Mobile Money (MoMo).​ This functionality is available in Cameroon, Ghana and Uganda.

Having started the year as an instant messaging app with a small offering of content channels, ayoba has ended the year with 124 content channels – including news and official COVId-19 updates, music and music news, full gaming offering, lifestyle updates and education across 7 languages. ​ Users and artists have reacted well to the addition of a music player via MusicTime® in ayoba which provides 200 new tracks every week.​ Gaming has also been well received​ and today the application has more than 120 free games.​

The newest version of the app also sees the inclusion of MicroApps.​ MicroApps are lightweight web apps, developed by third parties to address a specific community need, and are accessed from within the ayoba app.​ Like the ayoba app itself, MicroApps are zero-rated for MTN customers, which means they can be used even when the user has zero data balance.

‘We are so proud to launch MicroApps,’ says Nolan Wolff, Head of ayoba.​ ‘One of our key goals for ayoba is to build a platform that brings opportunity for African developers.​ MicroApps will allow local developers to create apps that reflect local culture and values, and solve local challenges.​ It’s an incredibly exciting community development platform.’

For developers in Africa, where app adoption is a common difficulty, MicroApps in ayoba present seamless access to our existing user base, and offer the benefit of a zero-rated infrastructure that would be too complex and costly for developers to implement themselves.​

Wolff continues:​ ‘Developers are also able to leverage ayoba APIs to create a more personalised and relevant experience.​ An interesting element is that developers can leverage ayoba’s messaging interface for interaction with users in a safe and convenient manner.’’

To support developers who are interested in building MicroApps on ayoba, ayoba has launched the ayoba Developers Portal at https://developer.ayoba.me/, where Developers can view the API documentation, have their queries answered, and submit their MicroApps for publication on the ayoba app.