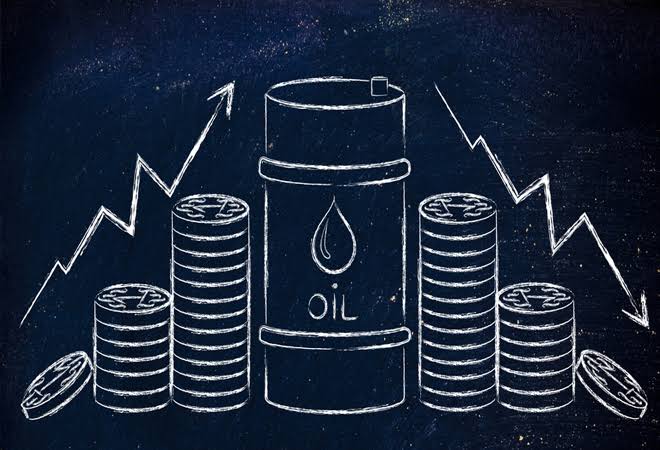 Encouraged by successful oil and hydrocarbon deposit in the Chad basin nations, Nigeria went on ego spree about two years ago especially in Northern Region in search for the elusive oil! Over $3 billion has already been sunk without making a commercial find.

According to Clara Nwachukwu of Guardian Newspapers she puts it this way “While those in favour of the search disregard the economic waste, but are encouraged by the success of oil finds in neighbouring countries like Niger, Chad and others, geologists who are mindful of the soil composition of hydrocarbon reserves, think it’s an effort in futility.”

Over $3billion USD! That is so much thrown to the dustbin! In a region that has the highest poverty rate in history of mankind, has the lowest human capacity index and had one of the highest maternal and infant mortality in the world! Over $3 billion wasted ! A nation that have plenty and proven reserves of hydrocarbon in the Southern region!

What does this tell us, we are oil thirst ada nation. We have Dutch Sickness as a nation,we strongly believe in oil and weakly or probably believe in our capacity to deliver information and communication Technology,outsourcing capacity to other Sub Aaharan Africa and making Nigeria a hub just like Dubai! Coming to Dubai,we have a lot to learn from them, they have successfully weaned themselves from oil dependency to a tech and investment hub. Qatar, Saudi are taking cue, yet we are running after oil in a world that is seriously frowning on carbon emissions and scientist are busy in lab thinking of the best renewable energy. Cars manufacturers in future might not give a damn about gasoline becuase cars are going hybrid and full electric ! The big question is where does it level us in future, let’s say in the next 30 years.

Do we go the way of coal! We were once a coal producing hub! Making Liverpool envious but today go to Enugu the coal producing capital, the city is now more of administrative city and haven’t scaled to industrial city. Niger Delta is on that path of predictions with folks at Ogoni visibly angry that they can’t even drink clean water or even drink water that is polluted and keep their cups in peace due to insecurities caused by oil thirst! That is what it is today .

We have refused to see other critical sectors like outsourcing, ICT, agro allied ecosystem even tourism!

According to Luca Ventura of Global Finance , she puts it this way “While most of the top 10 highest-valued companies are American, a few exceptions prove the point: Chinese technology firms Tencent and Alibaba which, along with Taiwan Semiconductor, vaulted into the top 10 only in recent years. Their rise marked a shift not just in the geographical composition of the list, but a sectoral one as well: Until a decade ago, the most capitalized enterprises on the stock market were traditional long-standing “blue-chip” behemoths like Exxon, General Electric and AT&T. Today it is almost all tech companies.”

We would keep borrowing if we don’t innovate and I remember my grandpa saying “he who goes aborrowing goes asorrowing” and he is right in his adopted and tweaked English. Aren’t we in sorrowful mood in this naation. How many graduates can the oil majors employ ? Why can’t we create an enabling environent for other sectors like ICT, agriculture and even tourism. These sectors have the ability to employ tons of youths and these youths would be productive and our economy would be prosperous. These are the multiplier effects. We can’t be basing our budget on what the oil guys are going to sell from the West , if they decide to sell $15 USD per barrel we all cry and go gloomy but if the prices go $80 USD PB we sing kumbaya and go on spending spree…the big question is for how long do we continue basing our development on some oil speculation? It doesn’t add up to me as a person…I don’t know if it does to you?

Narratives and current realities are still what we are trying to grap, grasp and grabi in this naation. It is something that we should be worried of! The realities are changing and our inability to align with current and future realities would make us either stakeholders in industrial revolution 4.0 (a period when Big data, cloud computing, analytics, nanotechnology, artificial intelligence and automation ) would be a key player!

We are there almost just that we as a nation have refused to smell the coffee… We are still trying to fine a vaccine for our disease known as Dutch disease. For those who don’t get this and don’t understand this type of malady. It’s an exotic disease that is often associated with nations dependent on minerals and have refused to scale up or evolve. A serious disease that has no treatment except from the will.

According to Wikipedia it describes Dutch Disease as “In economics, the Dutch disease is the apparent causal relationship between the increase in the economic development of a specific sector (for example natural resources) and a decline in other sectors (like the manufacturing sector or agriculture).”

While investopedia put it this way” Dutch disease is a shorthand way of describing the paradox which occurs when good news, such as the discovery of large oil reserves, harms a country’s broader economy. … Symptoms include a rising currency value leading to a drop in exports and a loss of jobs to other countries.”

As you can see for us to get cured, we must get thinking and get focused. “De-oil” our mentality and look at the other narratives which I have mentioned. As the world is emerging from Covid 19,there would be more emphasis on Technologies and capacity building. We must strengthen our capacity in the areas of education and building. The education institutions must as a matter of fact reduce striking and focus on building the society. Education has always been an interventionist approach and ASUU with their other tertiary institutions must start thinking, wear their thinking cap and change the obsolete mentality of striking and that of their syllabus. With lots of crazy and stupid courses they offer today, our youths can’t compete in near future. We must start looking at the bigger picture like having course in Cloud Computing, nanotechnology, artificial intelligence, software development, modern agricultural Technology etc not courses like library science, philosophy and other courses.

The naation must as a matter of fact focus on STEM (Sciences , Technologies, Engineering, mathematics) we have danced enough! We have encouraged dancers over time, endorsed them with millions and watched flimsy life TV shows where billions are dashed to people that don’t matter and we made them matter.

Failure to follow these hard road, we would still base our thinking in oil because that is the easy way out. Get experts to drill, explore the oil and then they pay us whatever and we distribute to the states ! That has been our economic model and trust me it is not sustainable.

Kebbi State Government on Saturday, donated N250 million in aid of the construction of a College of Education by JIBWIS, in Jega.

Why I Will Not Be Silent – Fr. Kelvin Ugwu

#EndSARS Protest: Obiano, Sanwo-Olu and Wike Understand The Plight Of Youths In Their Various States