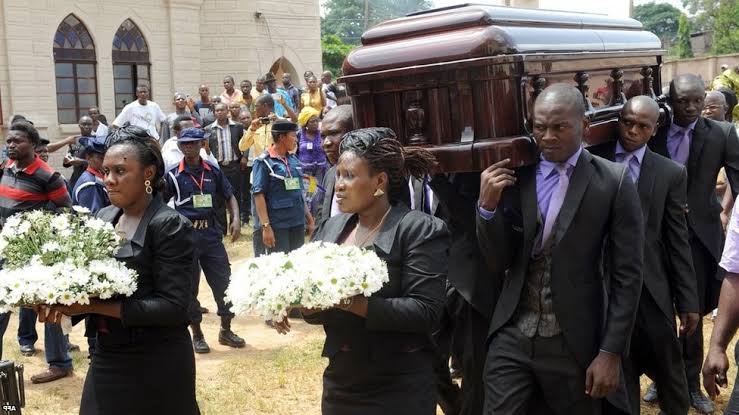 The Executive Secretary of Lagos State Law Reform Commission, Mrs. Ade Adeyemo has restated that it is an offense to use residential premises as morgues, embalmment centres or burial sites in order to prevent the transmission of communicable diseases in the State.

Speaking on the activities, achievements and impact of the Lagos State Law Reform Commission since its establishments on a Lagos Television interview programme “Lagos Today”, Adeyemo stressed that the Commission is tasked with the onerous responsibility of updating and reviewing laws that address immediate and peculiar needs of Lagosians at every point in time.

According to her, “The Law Reform Commission is saddled with the responsibility of reviewing and reforming laws with a view to effecting necessary changes to make them more modern, fair, just, efficient, accessible and bring them in consonance with the prevailing social and moral values of society”.

“In this regard, the Commission, after review, found it expedient to ensure that the Lagos State Public Health Law was expanded to include present-day disease outbreaks like the Ebola, Lassa fever and other communicable diseases”, she added.

The Executive Secretary reiterated that there are procedures to be taken in order to eliminate all anomalies and repeal, review and reform obsolete, spent and unnecessary laws which at a time were necessary but as the State evolves, they become inapplicable because they do not fit the prevailing situations and circumstances.

She revealed that the very first compendium of laws in the State was the 1973 laws of Lagos State which was a merger of the laws that existed in the former Federal Territory of Lagos and those of the Former Western Nigeria, adding that the present Law Reform Commission evolved out of the short term State Law Review Committees/Commissions saddled with the responsibilities of previous law reforms.

Adeyemo, however, noted that regardless of its autonomy having been established by statute, the Commission still defers to the Attorney-General and Honourable Commissioner for Justice, who is the Commission’s voice at the State Executive Council.

The Executive Secretary revealed that some of the Laws and Bills that have been reviewed and forwarded to the House of Assembly for the benefit of the general public include the Animals Bill, Electric Power Sector Reform Law, Tenancy Bill, Real Estate Regulatory Bill, Lotteries and Gaming Authority Law and Law Enforcement Training Institute Bill, among others.

AN APPEAL TO IGBO IN LAGOS TO STAY AWAY FROM ANY FORM OF PROTESTS ANYWHERE IN LAGOS ON FEBRUARY 13 2021.