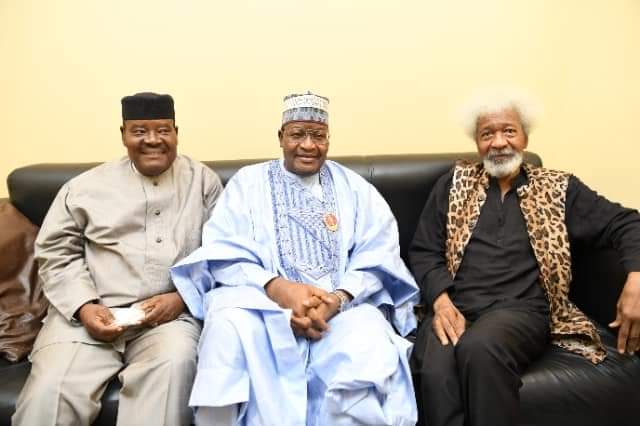 In recognising his role in the telecomuncation ecosystem and how he Haas been able to deep broadband penetration, created enabling environment and engaged the critical stakeholders especially during the Covid 19 lockdown period, a period that saw Nigerians enjoying unmitigated and uninterrupted internet connectivity.

Industry watchers and stakeholders have lauded the awards as the best way to appreciate a technocrat like the EVC.

Though, Danbatta and the Group Managing Director/Chief Executive Officer of United Bank for Africa (UBA), Mr. Kennedy Uzoka, as the joint winners in the category.The EVC received the prestigious Zik Prize in Professional Leadership Category.

This year’s event, which also coincides with the 25th anniversary of the Zik Prize series, was chaired by Nobel Laureate, Prof. Wole Soyinka, while the Obi of Onitsha, Igwe Alfred Nnaemeka Achebe is to function as the royal father of the day.

Danbatta, Uzoka and other prominent personalities who emerged in different categories of the Zik Awards, were carefully selected through a rigorous and meticulous process for their notable contributions to national development.

The Zik Awards has over the years has recognised notable Nigerians that have made tremendous strides in the public and private sector. The award recognises excellence and their contribution to the society.

Couriers get ready for a bumper Black Friday