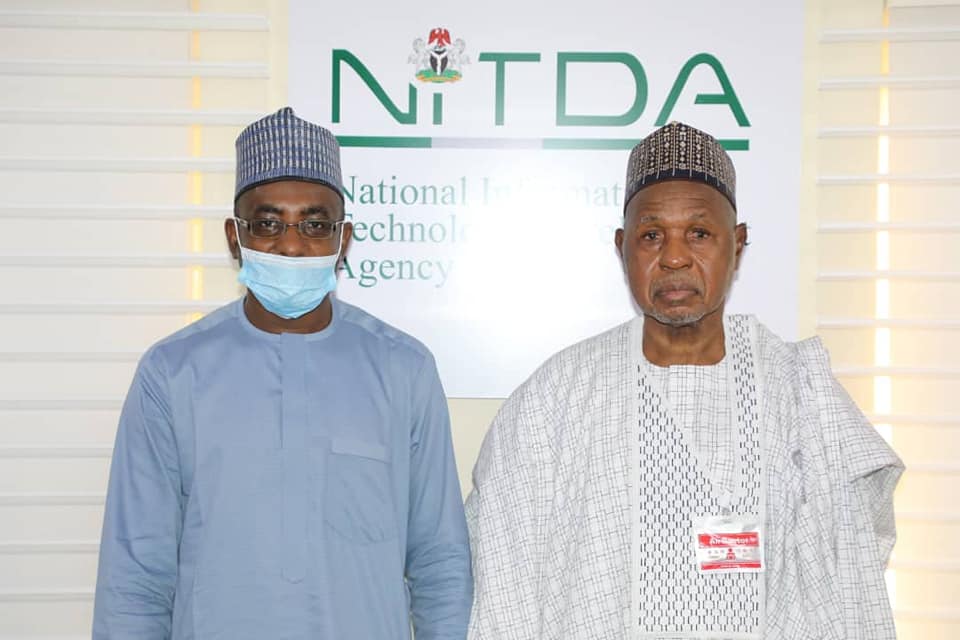 The need to diversify economy has become imperative for states in the country especially those at the Northern part of the country. In an age of information technology which is tilting towards the 4th industrial revolution, capacity building and competency in digital ecosystem has been identified as a crucial aspect of economies ability to scale and survive in an increasing digital world. Having said this, Katsina State is taking the bull by the horn by bringing world class capacity to the teaming youths of the state.

Recently, the Director General, National Information Technology Development Agency (NITDA), Kashifu Inuwa Abdullahi,CCIE received in audience, Katsina State, Governor, Alhaji Aminu Bello Masari at the Agency’s Corporate Headquarters. One of the core objectives of this visit is to synergise areas of training and interventions in the areas of IT and its infrastructure.

The visit by the Governor is to collaborate with NITDA in the areas of Innovation, Entrepreneurship and Digital Job Creation for Nigerian Youths. This is in line with the set objectives of the agency. NITDA has built more than 50 IT infrastructures all over the nation and has developed blueprint for IT in public and private sectors. With eyes on the new reality with is Post Covid 19 economic narrative, this would see  a robust deployment of IT solutions. Having collaborated with the NCC and other relevant agencies in the nation, NITDA under the leadership of Kashifu has consistently and constantly demonstrated purposefulness and focus in the area of deepening ICT in the country.

National Information Technology Development Agency is a public service institution established by NITDA Act 2007 as the ICT policy implementing arm of the Federal Ministry of Communication of the Federal Republic of Nigeria.

HANSON AND TEAM CHURN OUT GRAPHIC DESIGNERS IN UYO!