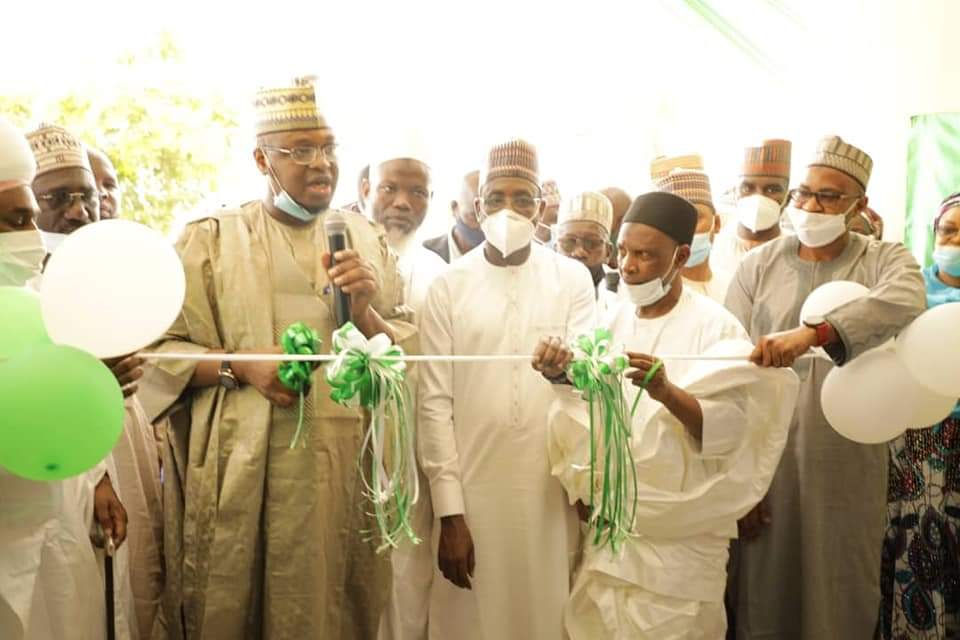 The Honourable Minister of Communications and Digital Economy, Dr Isa Ali Ibrahim has reiterated that Nigeria should give preference to skills over paper qualifications for youths to enable them fit into various sectors of the economy.

Pantami who spoke at the official commissioning of five Digital Economy projects in Gombe state, facilitated by National Information Technology Development Agency (NITDA), stressed that Nigeria should focus more in acquiring skills in the digital age, rather than going for only the certificate, according to him, the country should follow the global trend, giving example of many European countries, where certificates are not needed to get jobs.

The minister said that in some regions, people are engaged not because of the school they attended or the impressive degree certificate they obtained, but because of the skills they possessed to work practically.

While commenting on Federal Government’s commitment towards realisation of Digital Economy, Pantami said the administration of President Muhammadu Buhari has been making a giant move to diversify the nation’s economy from natural resources economy to knowledge economy, which is why the Ministry of Communications and Digital Economy, through its parastatals is building ICT Innovation Parks IT Centres and Capacity Building Centres across the country.

The Minister said that digital literacy and skills recognised the fact that citizens are the greatest assets in any economy, including the digital economy, adding that ICT Innovation Hubs support the development of a large pool of digitally literate and digitally skilled citizens.

Pantami re-emphasised that the digital economy was a prime catalyst for development, noting that in less than one year, Federal Government’s modest efforts has already yielded remarkable results.

According to him, the first quarter and second quarter of Gross Domestic Product (GDP) Report released by the National Bureau of Statistics (NBS) showed that ICT contributed an unprecedented 14.07 and 17.83 per cent respectively to Nigeria’s total GDP.

He added that to achieve modest Digital Economy, proper training for teaming Nigerian youths is necessary, and the Ministry provided a platform – www.digitalnigeria.gov.ng – to enable Nigerians receive training in different digital skills.

Earlier in his remarks, the Director General, National Information Technology Development Agency (NITDA), Kashifu Inuwa Abdullahi, CCIE that the Innovation and Incubation Hub, Park and IT Centres situated at the prestigious universities and communities are meant for academia, industries, entrepreneurs, risk capitals, startups as well as residents of Gombe State to maintain them in order to harvest and incubate ideas to drive innovation enterprise to support digital economy.

He said the centre is in line with economic diversification of President Muhammadu Buhari, GCFR, as well as National Digital Economy Policy and Strategy for a Digital Nigeria, adding that the centres will serve as a platform of providing research especially in capacity building, emerging technologies, robotics and artificial intelligence.

He further urged the management of the universities and other communities where the centres are located to make use of them in bridging the gap between academia, industries and corporate in order to create jobs for our teaming youth.

The Vice Chancellors of the Universities, Professor Aliyu Usman El-Nafaty and Professor Alhassan Mohammed Gani, expressed their profound gratitude to the Federal Government of Nigeria for awarding the project in the institutions, and as well thanked the Honourable Minister of Communications and Digital Economy, Dr Isa Ali Ibrahim (Pantami), for coming up with the idea when he was Director General of NITDA.

ROBAN STORES ANAMBRA: ARE THEY LOOSING IT DUE TO POOR PAYMENT SYSTEM?