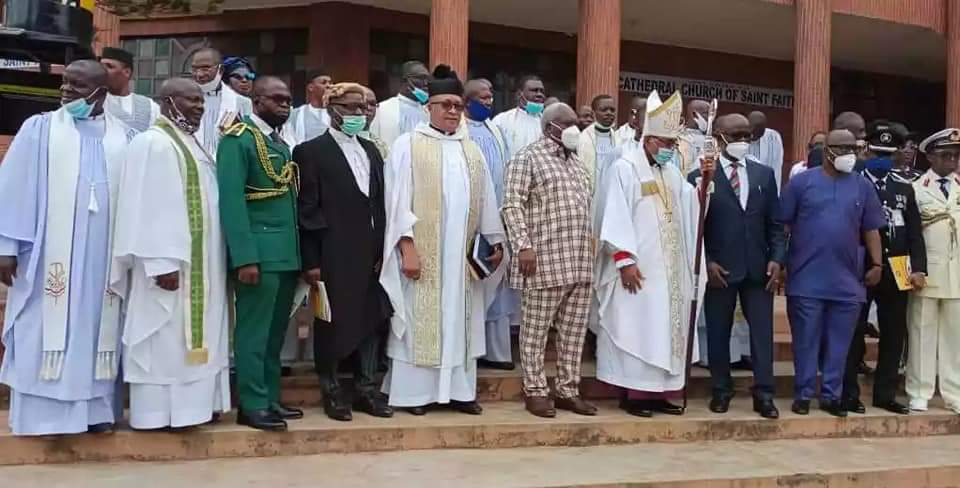 Gov. Willie Obiano of Anambra has called on all religious groups and leaders in the state to offer prayers to God on promotion of peace as the country turns 60.

Anambra has just celebrated its 29th Anniversary since being carved out of the Old Anambra State on Aug. 27, 1991.

The governor was speaking during a Special Thanksgiving Service organised by the state Government, to mark the country’s 60th anniversary at the Cathedral of St. Faith, Awka.

According to the Governor, with an array of brilliant people in Nigeria, the nation’s glorious destiny is still attainable in spite of trials and setbacks.

He cited God’s promise to Abraham that he would spare the land of Sodom and Gomorrah, if only he could find just 10 good people there.

The governor, who was optimistic that there must be some good people in Nigeria, then, called on all religious groups to keep praying that things would get better in the country.

“God will be kind to hear our prayers and save our land,’’ Obiano said.

The Governor was represented at the service by the Secretary to the State Government (SSG), Prof. Solo Chukwulobelu at the service.

Gov. Obiano, then, thanked God for the gift of good leaders that He had blessed Anambra with, observing that it was through the good stewardship of such dogged leaders that Anambra had been making steady progress at just 29 year of its creation.

The Governor observed that as a state, Ndi Anambra had reasons to appreciate Gov. Obiano, for his wonderful efforts on security of life and property as Anambra was currently ranked as the most secure state in the country.

He also reminded Ndi Anambra that recently the state was declared the least in unemployment rate in the country and also the most fiscally stable state in the nation after Rivers.

The anniversary thanksgiving service was led by the Archbishop of the Province on the Niger and Bishop of Awka Anglican Diocese, Most Rev. (Dr) Alexander Chibuzo Ibezim.

The prelate, who did not mince words in addressing the poor state of the nation and the evident hopelessness, called leaders to sit up to their responsibilities as elected representatives of the people.

He observed that the killings across the country following insecurity, armed robbery, rituals, illegal acquisition of wealth as well as other heinous crimes, had left the country looking like a child that had fallen into a deep pit.

The archbishop, then, prayed for the country and the leaders, particularly those of Anambra.

In attendance include a large number of the clergy and lay Christians, the Chief Judge of Anambra, Justice Onochie Anyachebelu; the Service Chiefs; members of the Anambra State Executive Council.

SGBV: MINISTRY OF JUSTICE COMMITTED TO THE ESTABLISHMENT OF SPECIAL COURTS – MALAMI

NDIGBO, ENOUGH OF PLAYING THE OSTRICH!