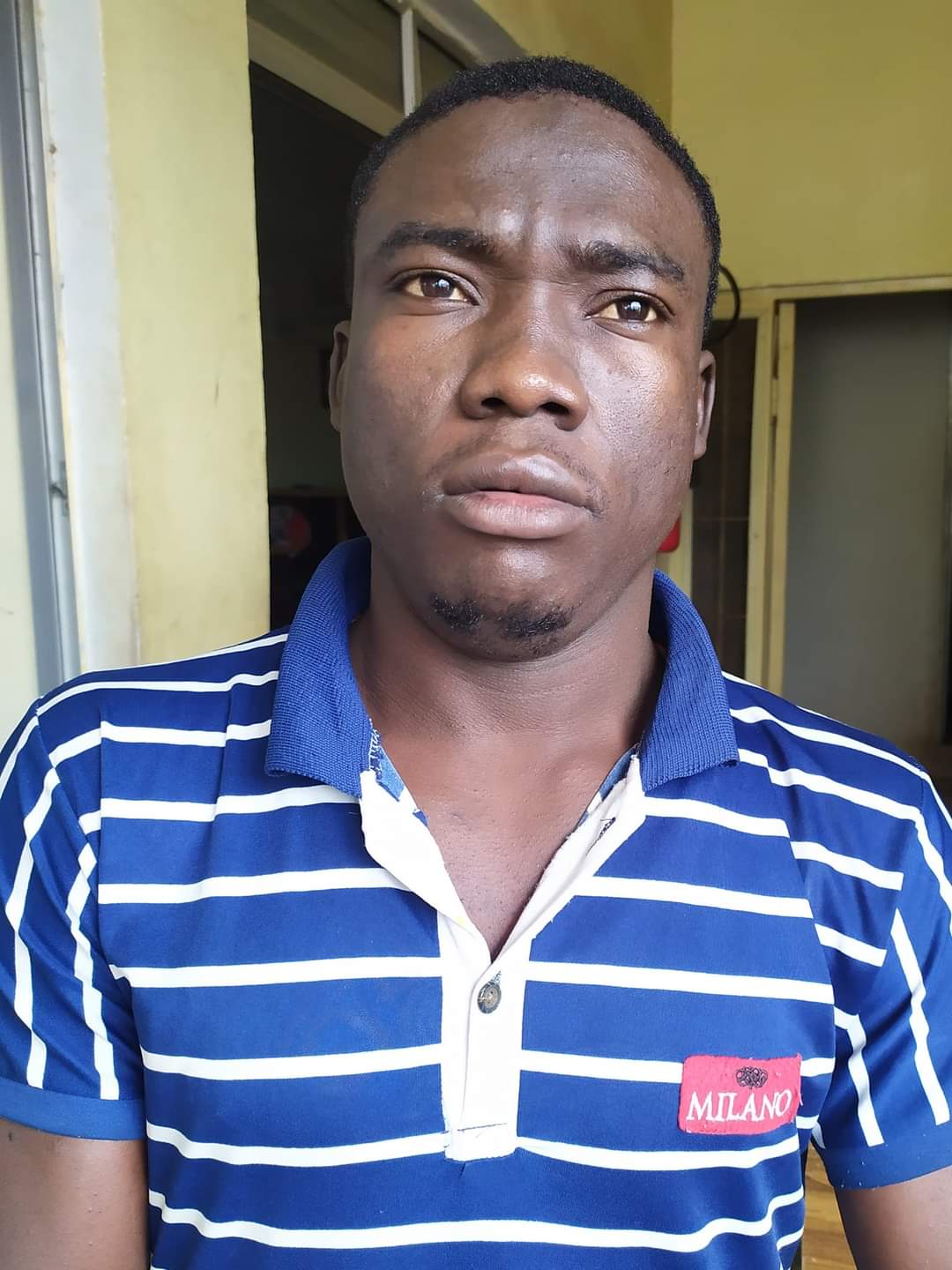 Justice Mohammed Tukur Muazu Aliyu of the Kaduna State High Court, on Monday, September 14, 2020 sentenced Adamu Aliyu to six months imprisonment, for fraudulently transferring N40, 000 to himself, from the account of an unsuspecting Automated Teller Machine, (ATM) user, under the false pretence of aiding the victim to effect a transfer.

The convict was prosecuted by the Economic and Financial Crimes Commission, EFCC, Kaduna zonal office on one-count charge of theft to which he pleaded guilty. His plea prompted prosecution counsel, Jamilu Musa to ask the court to convict and sentence him accordingly.

The six months prison sentence is without an option of fine. Trouble began for Aliyu when the Kaduna zonal office of the Commission received a petition from one Isiaku Abdullahi, who alleged that he went to an ATM point in Kakuri, Kaduna State on July 30, 2020, to make a transfer to his brother, where he met the convict who offered to assist him in making the transfer using his ATM card.

According to Abdullahi, he gave the convict his ATM card, revealed his password to him and gave him his brother’s account number to help him make the transfer to him. Not long, he received a debit alert showing that the convict had transferred N40,000 to himself, prompting him to make his way into the banking hall to lay a complaint, where he incidentally met the convict again and raised the alarm that caused bank officials to cause his arrest and subsequent prosecution by the EFCC.

Obi Cubana: Was that a burial or brand building?

WE CAN’T STOP YOUR PLANNED PROTEST IN RIVERS STATE

The Nigerian Communications Commission (NCC) has urged the Nasarawa State Scholarship Board (NSSB) to support the NCC in creating awareness about the intervention projects of the Commission concerning research and digital literacy in order to provide more opportunities for the citizenry.

Director of Digital Economy at the Commission, Dr. Augustine Nwaulune, who hosted a delegation of the Board, led by the Board’s Executive Secretary, Hajia Saadatu Yahya, on behalf of the Executive Vice Chairman of the Commission, Prof. Umar Danbatta, recently, recalled that Nasarawa State is one of the beneficiaries of NCC’s Information and Communication Technology (ICT) intervention projects such as the Digital Awareness Programme (DAP) for secondary schools, the Advanced Digital Appreciation Programme for Tertiary Institutions (ADAPTI), the Wireless Cloud, as well as the E-Health programme.

“While we don’t give scholarship to students, the NCC has continued to give research grants to lecturers and students in the universities, and provided…

Trailblazers in the technology and business circle in Africa are set to gather in Lagos, Nigeria (West Africa) on 9 November 2022 for another edition of Africa Tech Alliance Forum (AfriTECH 2.0) as the continent’s sought-after technology Forum, exhibition, and awards ceremony.

AfriTECH 2.0 scheduled to hold at Oriental Hotel, Lekki Road, is focused on ‘Sustainability and The Company of the Future’, as the central theme.

According to the organisers from TechCastle Foundation and TechEconomy.ng, AfriTECH 2.0 will convene Business leaders/CEOs of Companies and Organisations, Innovators, Government Representatives, International Organizations, Diplomats, Investors, Academia, Start-ups and Entrepreneurs in their numbers.

The array of industry leaders, and tech-entrepreneurs, decision-makers, and tech ecosystem players from across the continent, will unpack the various challenges, scenarios, and mind-blowing economic opportunities in ‘Harnessing Digital Identity for Digital Economy Agenda’; ‘Creating Sustainable Future through Connectivity’; ‘Blockchain & Cryptocurrency – The Future of Money’; and ‘Cloud Computing in 5G Era…

Tracking and quantifying designed sustainability – in 2022 and beyond

It’s been one year since Tétris Design x Build launched its global sustainability code. Tango Matoti, Head of Tétris Workplace Optimisation, presented key insights from the Code’s success over the past year at the API Summit 2022 held at the Marriott Hotel, Melrose Arch last week. She was joined by Bernard Tyler, Tétris Design x Build Director for EMEA.