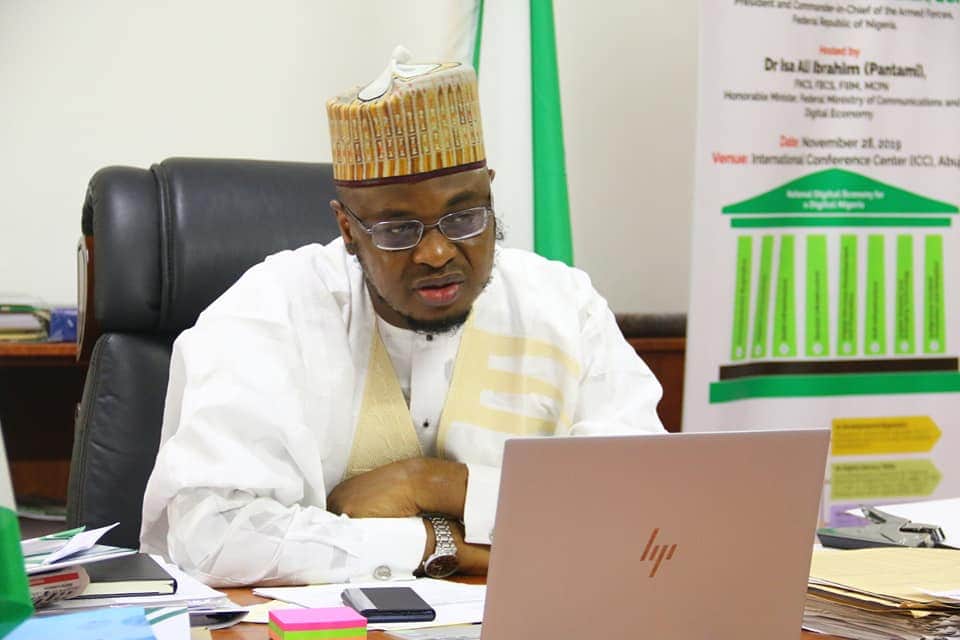 Lately, the Honourable Minister of Communications and Digital Economy, Dr Isa Ali Ibrahim Pantami has been nominated and distinguished to be honoured as the recipient of MOST PROMISING MINISTER of the Year at the upcoming Democracy Heroes Award 2020. This didn’t come as a suprise,most of the industry watchers saw this coming.

This recognition is coming at a time that the nation is desirous to change her economic narrative from oil to non oil sector , ICT inclusive. This has seen the Pantami hitting the ground running. Well,it is expected of him,having known the ICT ecosystem,been there and done that. Pantami ensured that Nigeria has what it takes to move the country to the new realities known as 4th industrial revolution. An era that would be power by the likes of cloud comouting, internet of things(IoT) Big data and all what not.

He is seasoned and has been tested especially during his tenure as the Director General of National information technology Agency (NITDA).This is an agency categorised as the technology clearing house of the country and Isa Pantami demonstrated sagacity and capacity to pilot such an affair, so it didn’t come as a surprise seeing him being appointed as a minister and he has been recognised over time for his innovation.

Now as a Minister,what some folks can call senior minister,under him ,the regulatory framework of Nigeria Communication Commission (NCC) and a whole lot fall under and this has seen Pantami collaborate, synergize and work together with the critical stakeholders such as ATCON, ALTON ,VAS group etc. This has seen some Level of creating an enabling environment for the ecosystem to thrive.

As youthful as he is ,he has shown promise over the years , making tremendous impact such as hubs and capacity building. He is said to be a square peg in a square hole!

Onitsha economic empowerment: lifting the poor in Onitsha out of poverty, set for takeoff

Technology can ensure safety is universally accessible and affordable. It’s time to make it a reality