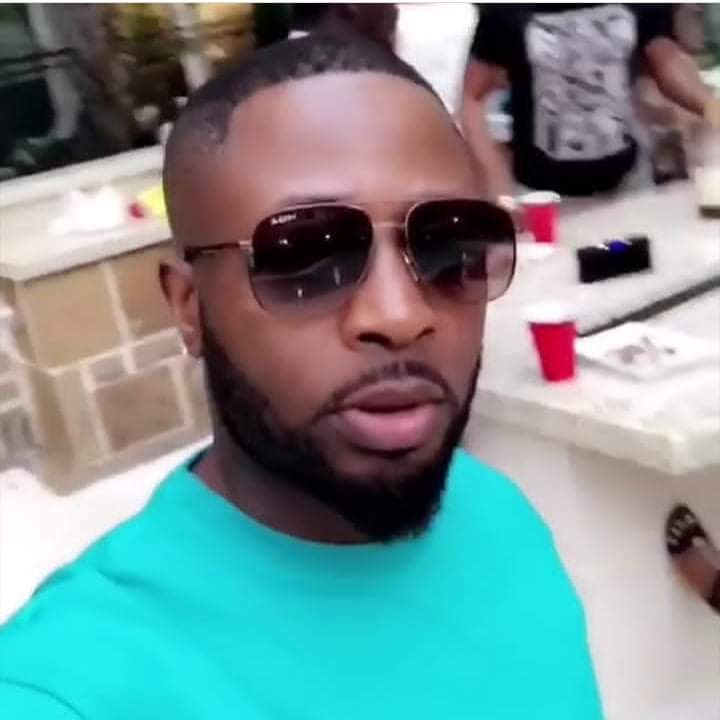 Though with a funny musical career or do we say faltering musically with no album this last few years, no single, no “banger”, no LP Tunde Ednut made a name when the Nigerian pop culture was in her nascent period when competition wasn’t there much ! He has been in the news lately for his love for Igbo staying in Nigeria and his phobia for Igbo being a president because of Biafra! Whichever way you look at it, Tunde is in news and possibly using Biafra to trend once again!

All for the gram, Tunde, just like tundra took to the Instagram and made his position clear to those that follow him and said ““An Igbo man should not be allowed to be president of Nigeria. I have a feeling that BIAFRA will be established if that happens. They will leave us Oo and Nigeria will crumble if they leave Oo. Igbos have been planning BIAFRA since. They have their plan together. Let’s not give Igbos the opportunity to leave now. We are in this Nigeria together, you will not run anywhere. we die here.”

Now we have a different school of thought here,some folks are saying that Tunde has demonstrated his hate for Igbo and that he has made it clear that no Igbo will ever be president if he has the opportunity, while others have seen this statement as a patriotic statement which is in tune with the “indivisibility” of Nigeria and the need to keep the Igbo ethnic group in the country having seen the tremendous glory and strides they have brought to the nation.

Though,the Igbo enthic group has been fighting for their independence and a state of their own called Biafra, citing injustice, inability to express themselves economically, politically and above all marginalisation. An accusation that the Nigerian Governemnt has clearly denied after the first civil war which saw millions of people especially the Igbo and the erstwhile Biafrans die.

Well, Tunde has come out to clarify his position now that it is Igbo turn to produce the president of the country for the first time ever, Tunde is advising and saying that it is pointless or suicidal to allow an Igbo man ever be a president in his own country and possibly, he doesn’t and wouldn’t allow them to have their own country to govern themselves!

Tunde has a feeling that if that happens, Biafra will be established, the Igbos will leave and Nigeria will crumble.He said an Igbo man should not be allowed to be president of Nigeria for now. Doing so will allow them establish Biafra which many Nigerians are uncomfortable with and it is understandable,no nation would sit back and let the critical people .

Though, some Igbo folks like Kanu ain’t taking that either, they have been demanding for referendum to exit , but (un)fortunately,the Nigerian constitution doesn’t recognize plebiscite or referendum and Kanu with his group proscribed. A quagmire the country might find herself in! How they would navigate this waters is what Tunde Ednut seems to offer via the Instagram!

Igbo people are one of the major ethnic group of the country, numbering over 40 million,very urbanised and Western. Having produced one of the finest brains in the country ranging from literature ,Chinua Achebe, Chimamanda Adichie , Buchi Emecheta to Economic gurus such as Pat Utomi, Charles Soludo, Paschal Dozie, Jim Ovia, Ngozi Iweala and Paul Ogwuma! Having notables in sports such as Kanu Nwankwo, Austin Okocha, Mikel Obi etc. Igbo people have been appointed globally as world class citizens offering top notch services in the world organization such as the international court of justice (ICJ) Louis Mbanefo, though no Igbo man had ever been the Chief of justice in Nigeria ! Ngozi Iweala in the global financial space and others but with all these strides including an appointment of Igbo man.

Obinna Ukwuani just few days ago to pilot Rwanda’s agro revolution and fintech space, majority of Nigerians feel that it would be unwise to let the Igbo be president and show case what they have done globally and locally in their region. A lot of Igbo are Mayors in Western world ,many are members of parliament and handling policy making offices in the developed world but in their own country many of their compatriots seems to have this phobia of them and wouldn’t want them to be at the decision making process, a coinage they (Igbo ) call “Igbophobia” which Chinua Achebe explained in his last work “There was a Country. ” But,the Igbo has consistently demonstrated that they are more Nigerian than the rest by building structures, investing heavily in non Igbo areas.

It is believed that the Igbo region has the highest start up ecosystem in the continent with their bespoke business settlement scheme which they call “igba boy” which has produced many millionaires like the car manufacturing man, Innocent Chukwuma and the only Rolls Royce and BMW franchise dealer in Nigeria , Cosmos Maduka known as Coscharis. As it stands now, folks like Ednuts are saying “Hell No” we can’t allow them to govern, we ain’t gonna have it and they ain’t going no where either …we all gonna die here. But as it is said before, it is all for the gram!

“Though, some Igbo folks like Kanu ain’t taking that either, they have been demanding for referendum to exit , but (un)fortunately,the Nigerian constitution doesn’t recognize plebiscite or referendum and Kanu with his group proscribed. A quagmire the country might find herself in…”

FRED OBETOH CELEBRATES HIS BIRTHDAY WITH HIS MEMBERS IN PHOTOS

Oyo’ll continue to be pace-setter in physical, human devt – Makinde