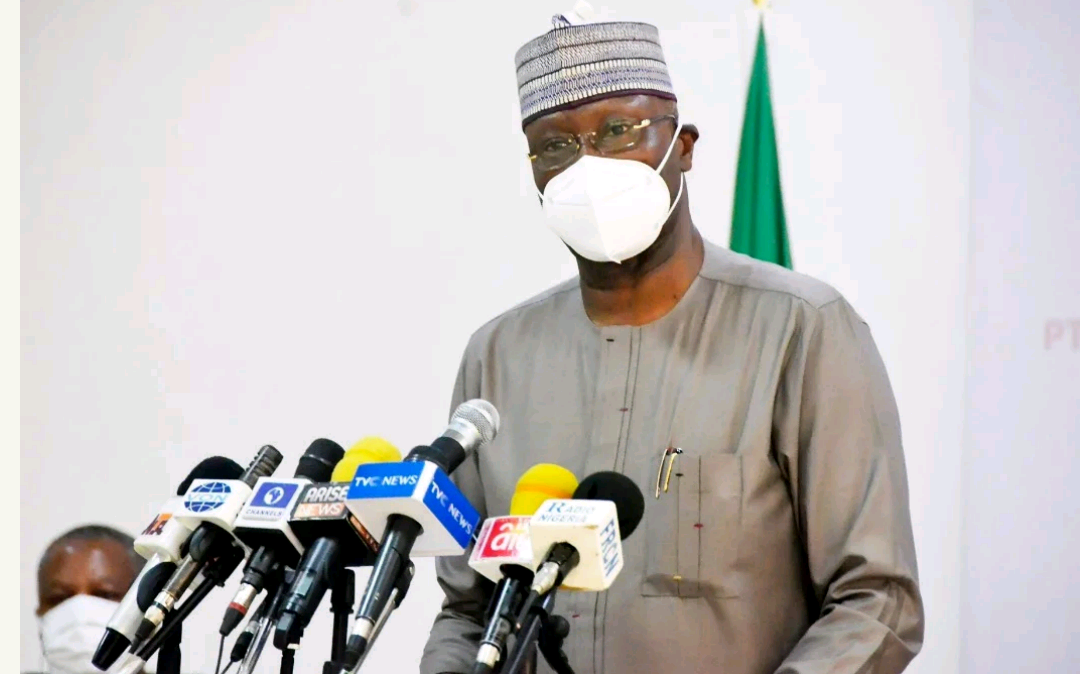 The federal government has warned state governors against the full reopening of schools – Governor Babajide Sanwo-Olu of Lagos state had on Saturday, August 29, announced that all the schools in the state would resume on September 21 –

The Nigerian Federal Governemnt has Warned all the states Governors Clamoring for the re-opening of schools not to do so, According to Federal Government, Other countries where in a haste to re-open schools and that action worsens the cases of Corona-virus in that countries, FG used The United States as a case study’

Governor Babajide Sanwo-Olu of Lagos state had on Saturday, August 29, announced that all the schools in the state would resume on September 21.

Boss Mustapha, the chairman of PTF, however, advised the states to learn from the US experience where reopening of schools escalated the cases of COVID19- Ahead of the proposed resumption of academic activities in Lagos and some other states of the federation, the Presidential Task Force (PTF) on COVID-19 has called for caution among the stakeholders. The Nation reports that the Secretary to the Government of the Federation (SGF) and chairman of the PTF, Boss Mustapha, cited how such haste escalated the COVID-19 management situation in some other countries.

Npowernews learnt that Mustapha said it would be in the best interest of Nigeria to stick to the pattern proven effective since the national response was launched. “It is in the above context that the PTF appreciates the on-going calls for re-opening of the education sector and indeed some sub-nationals are already making preparations for such.

The Secretary to the Government of the Federation (SGF) and chairman of the PTF, Boss Mustapha, during a briefing.

“Whilst the PTF does not discourage making such preparations, we need to be guided by experiences from countries such as Germany, France, the United States and the UK where opening of schools in some cities led to an increase in confirmed cases and fatalities.”

He further said that more sectors of the economy may soon be reopened, especially as the nation would be entering a new phase of the eased lockdown. Mustapha said the PTF would present its recommendations to President Muhammadu Buhari this week, which will determine the next phase in the national response. He noted that the last three weeks had shown a slowdown in the number of confirmed coronavirus cases in the country, noting that, in the last four months of testing, the lowest daily figure of confirmed cases (138) was reported on Sunday, August 30.

The PTF boss, however, urged caution and vigilance on the declining numbers as he noted that the virus is still potent and very dangerous.

National Broadcasting Commission (NBC) Board to be reconstituted