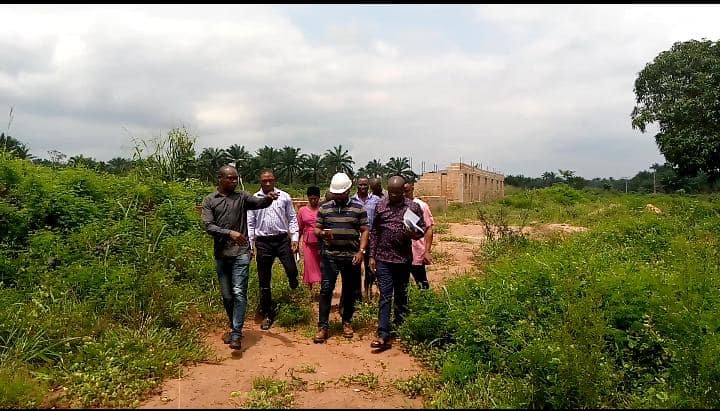 The Special Adviser to the Governor on Project Monitoring Okigwe Zone Hon. Engr. Chukwu has stated the commitment of the Shared Prosperity Administration led by the Governor Distinguished Senator Hope Uzodinma to ensure that uncompleted and abandoned projects by previous administrations are completed and activated.

He made this known at Isiala Mbano LGA Headquaters Umuelemai during his maiden visit to the area in continuation of the on the spot assessment of on going and abandoned projects across the six LGAs of Okigwe Zone.

Hon. Engr. Chukwu who extolled the Governor Distinguished Senator Hope Uzodinma for the award of contract for the reconstruction of Owerri-Okigwe road to world class Company like Julius Berger, called on Isiala Mbano people to support the present administration in the realization of the road project adding that when completed Isiala Mbano LGA will benefit lot from it.

According to him, Governor Uzodinma is a pragmatic and focused leader who believes in continuity.

Hon. Engr. Chukwu further said “The Governor Distinguished Senator Hope Uzodinma is aware that there are many projects in the Zone both on going and abandoned and that is why he saddled me with the responsibility of Project Monitoring in our Zone to actualize the developmental agenda for Okigwe Zone in particular and our state in general in line with the three R mantra of reconstruction, rehabilitation and recovery.”

In his response, the IMC Chairman of Isiala Mbano LGA Hon. Chika Okoroike represented by the Director of Administration and General Services DAGS Mr. Godwin Nneke thanked Hon. Engr. Chukwu for the visit and congratulated him on his appointment as the Special Adviser to the Governor on Project Monitoring Okigwe Zone.

He disclosed that the IMC Chairman has been working in synergy with the IMC members and other management staff of Isiala Mbano LGA to deliver dividends of democracy to the people.
Highpoint of the visit was the on the spot assessment of various Projects by Hon. Engr. Francis Chukwu, namely: the on going Isiala Mbano new Council Secretariat, the proposed but abandoned Isiala Mbano LGA General Hospital and the proposed Isiala Mbano LGA Stadium all started by previous administrations.

Earning a university degree is crucial in today’s economy