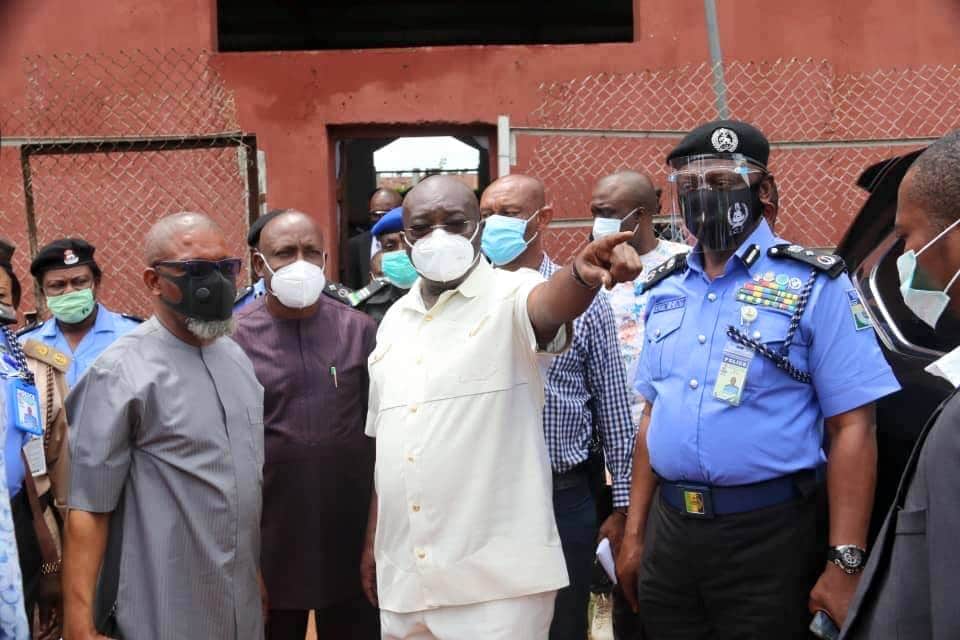 Abia State Governor, Dr. Okezie Ikpeazu has inaugurated the State Advisory Community Policing Committee with a charge to the members to be careful about the individuals they nominate into the Committee.
Inaugurating the Committee in Umuahia today, Governor Ikpeazu said this is to ensure that only those with proven character are selected.

He described the inauguration of the Abia state Advisory Community Policing Committee as a milestone in the state’s journey towards protecting its citizens and communities, adding that essence of Community Policing is essentially to ask the people themselves to do the needful through active participation in their own protection from criminals.

Dr Ikpeazu noted that communities have, for too long, now left the issue of security solely in the hands of the police pointing out that the State is now creating a platform for effective collaboration between the Police and the citizens.

He stressed that it is the duty of the citizens to provide timeous and authentic information to the Police and thanked the Inspector General of Police for his vision in establishing Community Policing.
He charged the people of Abia State to give community policing a chance.

Earlier the Inspector General of Police, Adamu Abubakar represented by Deputy Inspector General representing the South East, DIG Celestine Okoye stated that the aim of Community Policing is to ask communities to take active part in their own security, maintaining that once this is successfully implemented, it will be easy to know an invader because every community knows her people.

He made it clear that the Head of the Community Policing in each Community is the Traditional Ruler, stressing that through community policing communities can be secured very well.

Secretary to Abia State Government, Barrister Chris Ezem, Chief of Staff to the Governor, Dr ACB Agbazuere, Commissioner of Police Abia State, CP Janet Agbede, Heads of Security Agencies in the State, Traditional Rulers, Religious Leaders and others were part of the event.