Home Culture Gloria Chukwuka & Daughter Nigeria Ltd. They called her a feminist, but... 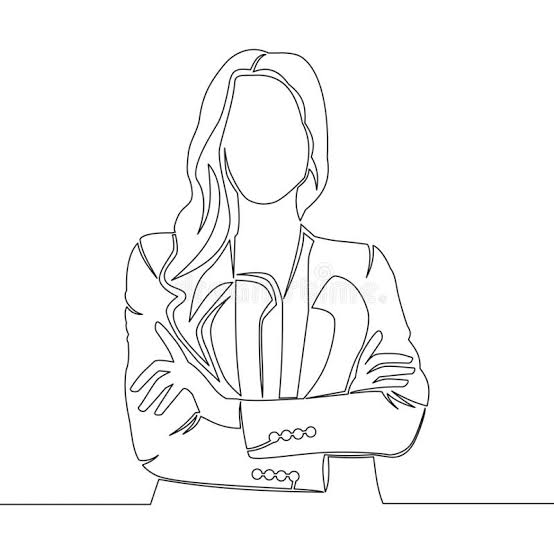 Gloria was 19 years when Emeka got her pregnant during her pre-jamb extra curriculum classes. Emeka, who was a perpetual Jambite was the manager of the Lesson Center which Gloria attended.

Chief Chukwuka and the wife were devastated by the news of the pregnancy and wondered why Gloria choose to soil the precious family name. She was immediately grounded to allow her to have the baby and kept close eyes on her.

For 3 years, while her mates were in university, Gloria was at home working as a cashier in the father’s business. Chief Chukwuka was an importer of tailoring materials from China.

Gloria was resilient. She registered and got admitted into the Open University System and graduated as an economist. She continued to manage the father’s business and went further to establish a tailoring enterprise where she produces uniforms for various organizations like schools and church choirs.

5 years ago, Chief Chukwuka died after a protracted illness. Left to mourn him are the wife, Kelechi who is the first son, Ekene, Obinna and Gloria who is the last in the family. In line with the burial edict enacted by Orlu Diocese, Imo State, Chief Chukwuka was buried within 2 weeks of his demise. It was in that burial that Emeka who got Gloria pregnant came to pay his last respect to Chief Chukwuka who forbade him from ever coming close to Gloria. That same day was the first time Emeka saw their daughter (Olanma).

Gloria was indifferent to Emeka’s visit and wish to have nothing to do with him. What they had was a fling that messed her youth up. Yet, she did not fail to see the joy and love expressed by Emeka and Olanma when she introduced them together. In a clandestine reflex, she took the picture of Emeka kneeling to hug their daughter. That picture will become the attraction that draws Olanma to her phone every night.

After the thanksgiving service on Sunday, Kelechi announced to the family that he will be relocating from Lagos to Onitsha to take care of the dad’s business and subsequently requested Gloria to completely hand over the business to him. This did not surprise their mum who was aware that Kelechi had mismanaged his business in Lagos the 3rd time. The mum had been sustaining him for the last 1 year without the knowledge of their father.

Gloria looked at Ekene and Obinna for support, but their faces were expressionless. It dawned on her that this must have been discussed before now. And that the decision was not that of Kelechi alone. Nevertheless, she got a flicker of hope when their mum announced to them that their father left a Will with Bar Okafor who is a long-time friend of the family. Bar Okafor had informed her at the thanksgiving service that they should come to his office to get the Will.

The Will was short and simple. By citing the tradition, Chief Chukwuka gave his entire business to Kelechi with a provision that N10m each shall be given to Ejike and Obinna while N5m shall be given to Gloria from the fixed deposit with First Bank. He went further to give each of the sons a building property at various locations in Onitsha. The remaining property which is the family house at Omogba shall be added to Kelechi at the demise of the mum.

The Will went further to state that Gloria shall continue to occupy the entire ground floor of the family house at Omogba which she has turned into one of her tailoring workshops until she gets married and move out.

On their way home, the only word that kept repeating in Gloria’s head was ‘tradition’ which their father cited when he gave the business to Kelechi forgetting several years of selfless services by Gloria who also introduced 2 new items that became best sellers in their shop, and whose profits she advised the dad to deposit in Fixed Account against the rainy day. That account was where she got N5m while her brothers got N10m each.

For the first time since their father died, Gloria came home and went upstairs without looking at the picture of the dad hanging in the sitting room which she gave him on his 70th birthday. The picture became a symbol of treachery and denial. A tradition of injustice.

Today, 5 years after the death of Chief Chukwuka, Gloria is one of the biggest importers of tailoring materials in Onitsha, with a vocational school that trains hundreds of students in fashion designing and event management.

Mr Chen (the Chinese supplier) who took side with her against Kelechi, and continued to supply her goods on credit made her the official representative of his company in Nigeria.

To start the new business with Mr Chen under her company, Gloria didn’t think twice to pick Gloria & Daughter Nigeria Ltd as her business name. Her business is her tradition. She learnt that life-changing lesson from her father.

Ejike and Obinna are doing fairly well in Onitsha but it was Gloria who is far richer than the 3 brothers that bought the family house which Kelechi used to obtain failed loan from his bank when the bank offered to sell it to recover their loan.

It was an awkward moment when Kelechi signed and transferred the ownership of the property to Gloria & Daughter Nigeria Limited. To rub it in, Gloria asked Olanma to sign on behalf of the company while Emeka who is now the General Manager witnessed the execution of the deed of assignment of the property.

The first thing Gloria did after buying the family house was to replace the picture of the father in the sitting room with that of Olanma as the mum watch in total disbelief.

An interesting revelation during the transfer of ownership of the property was that their father bought all his properties under his business name. This fueled Gloria’s acquisition ambition. In as much as she wants his brothers to excel in business, she won’t shy away from buying all the properties of Chukwuka & Sons Nigeria Limited and change the titles to Gloria Chukwuka & Daughter Nigeria Limited.

The world sees Gloria Chukwuka as a feminist, she sees herself as a realist.