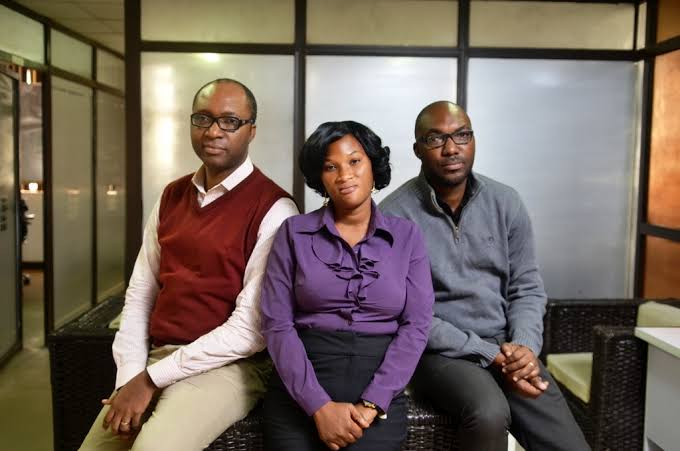 Accessing qualitative healthcare in Africa, Nigeria more especially has been a daunting challenge and task for many citizens. With lots of qualified medical practitioners emigrating to the developed world and coupled with paucity of funding in the healthcare sector. Healthcare can be said to be a mirage for an overwhelming population of the country. The few healthcare providers available are beyond affordable to the mostly poor population. Having noticed this lacuna, CELLCORE Limited, an indigenous Information Technology (IT) firm in Ibadan, Oyo State has partnered with industry stakeholders such as AXA Mansard Insurance to bring accessible healthcare to a greater number of the citizenry at little cost, with a product known as INSURECAD Health. INSURECAD Health has been described by many Nigerians as a welcomed development now that Nigerians are getting used to using IT solutions to procure various services, healthcare inclusive. This product has been described as an advancement in insurance technology (INSURETECH) in the country. A convergence of Insurance, Social Networking and Technology.

Speaking on the importance of the solution to majority of Nigerians, Mr. Michael Nwaogu, Chief Executive Officer of CELLCORE LTD elucidated that “At this time of a global pandemic, many Nigerians are unable to access healthcare, not because it is unavailable but because they can’t afford it. It is important that we look after one another at a time like this, by giving out these cards as gifts we are making life easier for those who would otherwise, have had to endure much hardship.”
He, added, “our product is designed to eliminate the friction which has plagued health insurance delivery in Nigeria, by leveraging technology, and socio-cultural norms in the country today. We are fully prepared for the future of INSURETECH.”
“I encourage clergymen, non-government organizations, trade unions & associations, cooperative societies, political leaders and even individuals, to buy this card for others, whether their members or followers to reach out to many at a time. Also, those in the city can buy it for those in the suburbs, and the well should buy for the unwell.”, Mr. Michael Nwaogu opined.

Corroborating the story, Alfred Egbai, Coordinator of Emerging Customers in AXA Mansard Insurance PLC, noted that “AXA Mansard Insurance is glad to have partnered with CELLCORE LIMITED on this project. I believe that the insurance sector would be changed for good, and that the nation and its citizens would benefit immensely from this partnership with AXA MANSARD INSURANCE PLC”.

Gideon Nwaogu, Co-founder & Chief of Operations of ‎CELLCORE LTD said “INSURECAD Health is leveraging our platform for dispensing, consuming and third party revenue collection via digitally coded tokens (also known as PINS).”
Described as mere “Digitally Coded Tokens”, it is however, an innovative and affordable micro-health insurance service specifically tailored for everyone and under-written by AXA Mansard Insurance. It is currently distributed nationwide in scratch cards and subscribed to, via a USSD channel which is publicly sold for 1000 Naira only, and is easy to use. Simply dial the USSD code 258PIN# and follow the instructions. The health cover provided via INSURECAD Health is supported by a network of over 1000 health care providers nationwide, who will provide health care up to 100 thousand Naira annually.
Although, it has many other innovative services, like PAYCOLLECT, a software-as-a service platform for cooperative societies, thrifts, non-banking micro finance institutions, loans, savings and contributory schemes, the company is also known to have introduced the first Artificial Intelligence (AI) solution to the gaming industry known as LOTTOBOT and also a card system for Lotto players called LOTTOCARD. LOTTOBOT being a ChatBot allows Lotto gamers to play Lotto via social media platform like Facebook, WhatsApp, Facebook Messenger, Telegram, etc, by interacting with an AI ChatBot. LOTTOCARD on the other hand is a unique product designed for use also in the gaming sector. Used widely by Lotto, Pools, Sports Betting & Lottery operators in Nigeria, and distributed widely. Consumers of lotto services simple use the card to load their online wallets, via multiple channels such as SMS, USSD, Facebook Messenger, WhatsApp, and some lotto companies websites.

“In offering intelligent communication solutions, we build budget and pocket friendly applications and platforms for both Business to Business and Business to Consumer end users alike. Enterprise platforms or otherwise, we’ve got you covered”, Mr. Michael Nwaogu concluded.

“It is currently distributed by nationwide available scratch cards and subscribed by USSD channel. Publicly sold for 1000 Naira only, it is easy to use. Simply dial the USSD code 258PIN# and follow the instructions. Supported by a network of over 1000 health care providers”