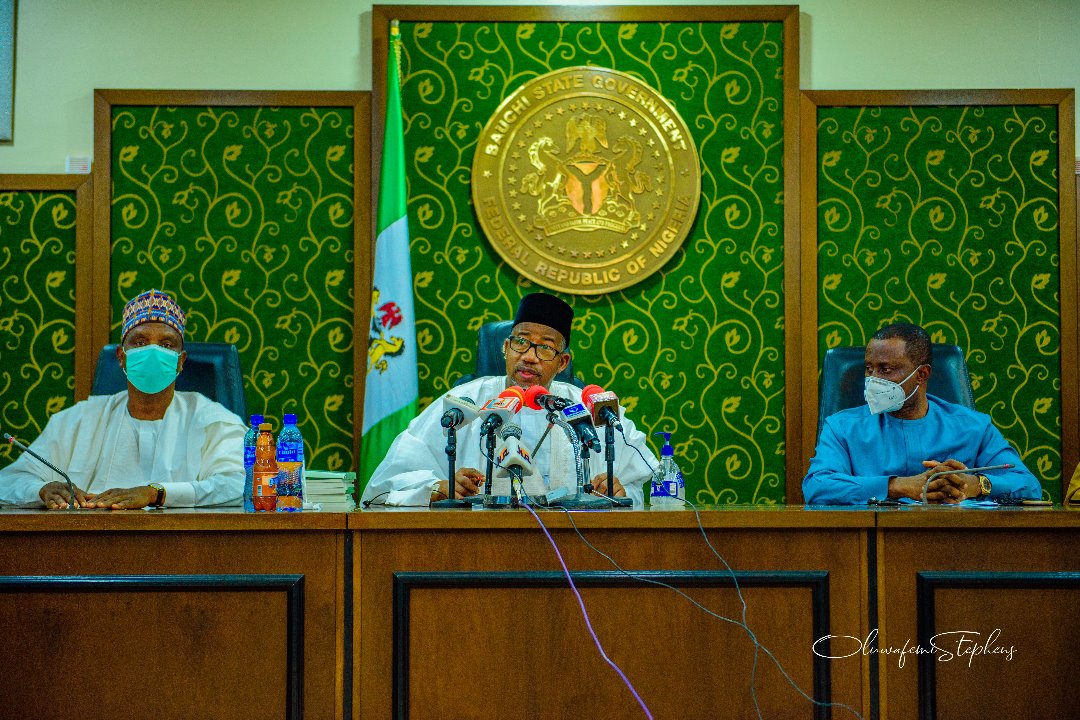 The Ministry of Mines and Steel Development in its bid to ensure the sector achieve its mandate of diversifying the economy from crude oil, is seeking deeper partnership with Bauchi State for efficient and effective mining for the growth of the economy.

The Minister of State Mines and Steel Development Uchechukwu Sampson Ogah (Dr) stated this during a courtesy visit to the Governor of Bauchi State, Sen. Bala Mohammed recently.

Dr Ogah stated that the visit was to sensitize the State of the numerous benefits it stands to gain, if operators in the State abide by mining guidelines and pay the royalties due to the Federal Government, stating that with the abundance of Minerals yet to be harnessed, the state could be the hub of mining in the country.

He reiterated Federal Government’s 13% derivative for States monthly from mining, adding that the more revenue generated by States, determines the accruals it would receive from the Federation Account Allocation Committee.

The Minister sought Bauchi State Government’s collaboration in carrying out adequate enlightenment and sensitisation campaign, to prevent illegal operation of local and foreign miners who pine away the State’s wealth. He urged the State to ensure improved communication and information sharing, with the Ministry as well as joint security surveillance against banditry.

He assured the Governor of the Ministry’s continuous support to ensure increased mining operations in the State. Adding that a good relationship between Operators and the Communities would bring employment and create wealth for the community as well as attract huge impart of investments.

Speaking at the event, the Governor of Bauchi State, Sen. Bala Mohammed emphasized the State’s abundant endowment of mineral resources, which if properly harnessed could sustain the country.

He further expressed willingness to partner with the Ministry to expand mining activities in State, to increase revenue generation for the benefit of Bauchi people, and recalled that the first mining site in the country was located in Bauchi State, and therefore, should be the leading State in mining.

The Governor emphasized the importance of community engagement that would aid in avoiding disputes, between communities and investors which will in turn create an enabling environment for genuine investors.

In a related development, the Hon. Minister, during a visit to the District Head of Rishi in Toro Local Government Area of the State, and inspection of some mining factories in the Community, encouraged citizens to establish and ensure good relationship between them and Mining Companies in the community.

The District Head of Rishi, Abdullaziz Umar Zaku (Alh.), disclosed that the town has a history of mining dating back to 1929, and that the community has many resources, including red and white zinc among.others . He appealed that a Natural Resource School be established in the community, as it has abundance of natural resources as well as various mining sites and companies.

MEETING OF PDP PRESIDENTIAL ASPIRANTS FROM THE SOUTH EAST