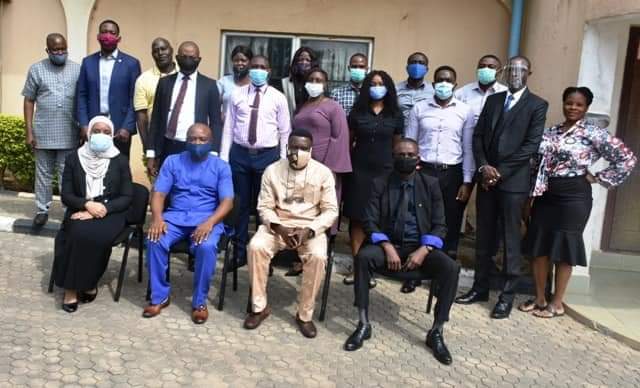 Acting Commandant of the Academy, Itam Nnaghe Obono, who declared the workshop open noted that regular training was the Commission’s way of building staff capacity and charged the Commission’s officers to apply professionalism in the conduct of their duties and in all their official engagements with members of the public.

Represented by the Head, Legal Studies of the Academy, George Adebola, Obono explained that the media relations and public speaking training would prepare the officers to identify fake news and equip them properly to communicate with all those they relate with in the course of their duties.

Given that cloud computing, dark web and artificial intelligence are the latest additions to Information and Communication Technology, Obono said it was compelling that the officers developed the capacity on new the trends.

Acting Director, Public Affairs Department, Aisha Larai Musa while presenting an overview of the “Mass Media and its Importance to the Fight Against Corruption,” tasked the participating officers on the need to shield classified official information from unauthorized persons in order not to imperil the sanctity of the Commission’s operations and reputation. She further charged the participating officers to be worthy ambassadors of the Commission in the course of their duties.

It could be recalled that a similar training on “Crypto Currency Investigation Techniques and Financial Intelligence Techniques,” had earlier been carried out by the Academy, for the Commission’s investigators, which aimed at intelligence gathering on the virtual economy. The training sets the stage for commencement of investigations into crypto currency transactions and businesses and the prosecution of any criminal element behind any fraudulent crypto currency transaction.

Obi Cubana: Was that a burial or brand building?