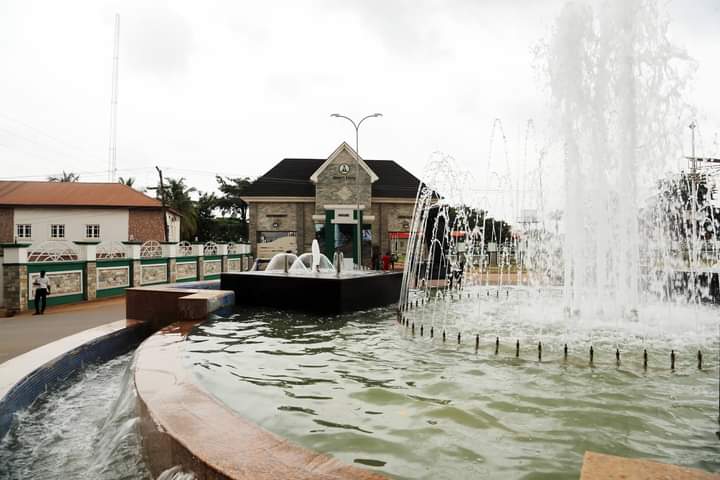 When you travel around the states in the southeast and other regions, then enter Ebọnyị State you will be shocked. – CEO Igbotic.net, Maazi Ogbonnaya Okoro

When David Nweze Umahi was constructing roads across the state, people accused him of doing white elephant projects.

When you travel around the states in the southeast and other regions, then enter Ebọnyị State you will be shocked.

Ideology and politics-wise, I have my disagreement with Umahi but it shouldn’t be ruled out that as far as South East is concerned presently and amongst the 5 of them sitting on the herm of authority, he is outstanding and worthy of emulation. If you say the Fulani gave him money to do so as propagandists claim, are others not doing the same? What is stopping them from developing their areas? Some of you defend incapacitation, claiming somewhere is the federal road that’s why it shouldn’t be done whereas Ụmahị has worked on the federal roads in the state.

Anybody who wants to work will work irrespective of anything.

People are sleeping on the road daily trying to get to Ọka from Enugwu. No Road. Everywhere has been destroyed and we have sitting governors. I wonder how those guys sleep and wake up. But sycophants will never even point those things out to them except licking their asses.

Go to Imo State, you will cry. Owere bụ aga aga. From Okigwe to Owere will take you taatị years.

Once a beautiful state and the most beautiful state in the southeast has been handed over to the hands of God. Enugwu cities are piled up with dirt and waste products around the road. Portholes. Inside Independence Layout you will see piles of dirty along the road. Ebe niile ana-esi isi. I remember when you will drop just a sachet water nylon mistakenly, you will be arrested and bailed 10k. Baskets/waste bins were dropped along the road in Enugwu towns. Everywhere was neat. Now?

I don’t even want to mention Ọka. I was thinking I was in Aba last week I was in UNIZIK Junction, boarding Keke to Abakaliki Street. Everywhere was messed up and I was questioning what makes Ọka a Capital city of Anambra? Going to Secretariat nkọ?

Should I talk about the other Igbo state? No need.

Capture every emotion in portrait: OPPO gears up for its most anticipated Reno series launch to date

What You Do Not Know About The 156km Lagos—Ibadan Expressway