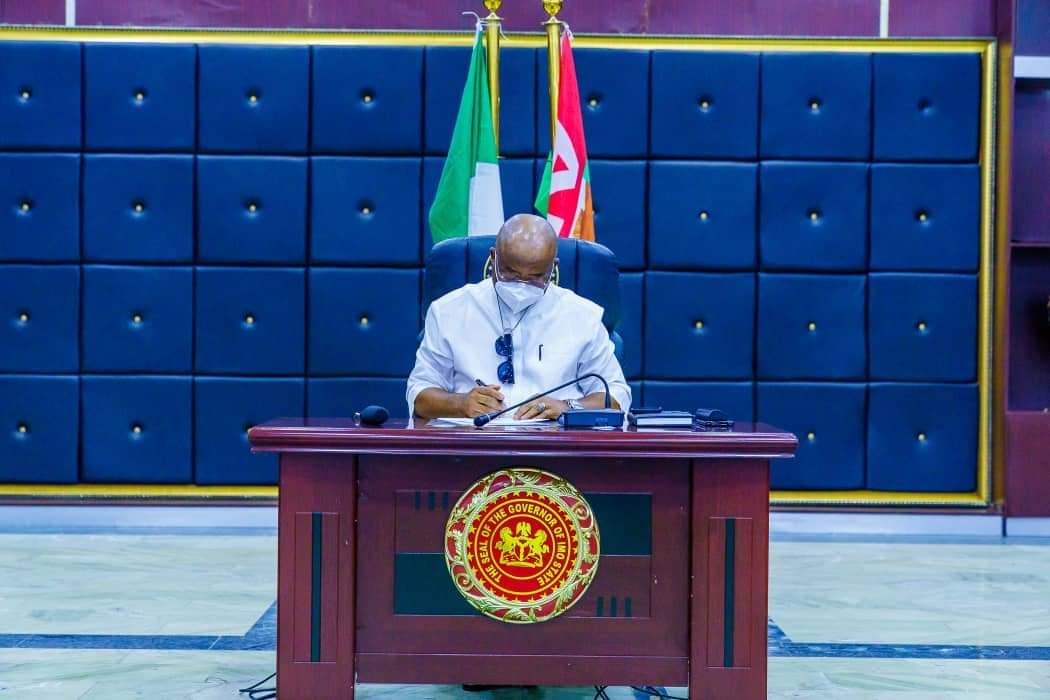 We received in audience, the officials of the Nigerian Bar Association (NBA) led by Barr. J.I. Ogamba at the EXCO Chamber, Imo State Government, Owerri.

They read out a catalogue of areas the NBA would want the government to pay more attention to, like: security, welfare of judicial officers, the return of touts on the streets of Owerri, establishment of more Customary Courts, appointment of more judges, among others.

During the interactive session, I also pledged the commitment of the Imo State Government to partner with the NBA Owerri branch in the members’ quest to immortalize the late Nigerian Ambassador to the United States of America, former Justice Sylvester Nsofor.

No honour done to Late Justice Nsofor is too much, therefore, I urged the NBA to properly develop the concept on how they intend to immortalize him so as to enable the government consider the budgetary implications.

We will critically look at the other demands made by the lawyers and we will not disappoint their reasonable expectations while also not ignoring the other sectors of the State.

I took time to brief the NBA on the state of affairs in Imo, stressing that the State was taken off-track, making it difficult for things to be done properly for years. Our priority is to return the state to track by developing working data, planning with the data and setting in motion an operation that is development- oriented.

It is regrettable that the civil service is the weakest link in our efforts to redirect the state on track. This is as a result of the penchant of the civil servants for corruption.

I thank them for their commendation over the manner we handled the Covid-19 pandemic in Imo, harmony in the three arms of government, rejuvenation of infrastructures, report of the Judicial Commission of inquiry on lands and other related matters, and efforts being made to sanitize the rot in that sector.